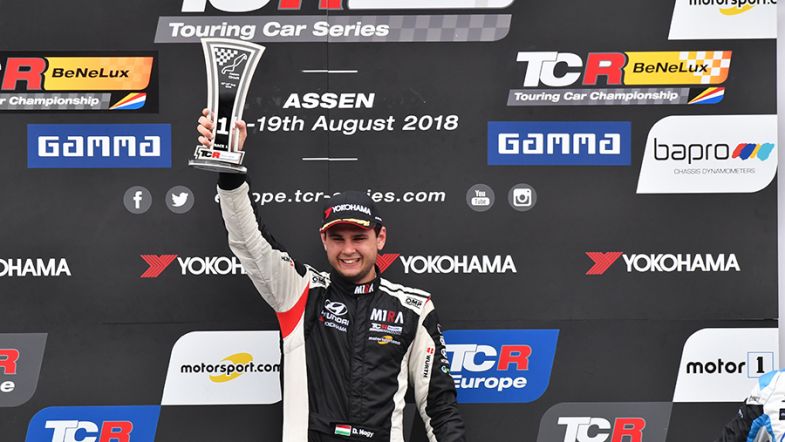 The BRC Racing team has announced Dániel Nagy is to join the team for the 2020 TCR Europe Series season.

The 22-year-old Hungarian driver is the first driver confirmed by the Hyundai squad as he returns to the series having left the M1RA team part way through the 2019 campaign.

“I’m honoured to be part of the team that won two consecutive WTCR titles,” he said. “TCR Europe is one of the most competitive Touring Car series and since I was obliged to leave it last year I have started working to come back. I have grown great experience with the Hyundai i30 N car, and after the first test we have completed at Le Castellet I want to focus on fighting for the title.”

Team Principal Gabriele Rizzo said he was pleased to bring Nagy onboard.

“We are proud to return to the TCR Europe series for a second season,” he said. “We are very pleased to have Dániel on board and we will do our best to support our drivers in their efforts of winning races and fighting for the title. We are also aiming to be a serious contender for the Teams’ title.”