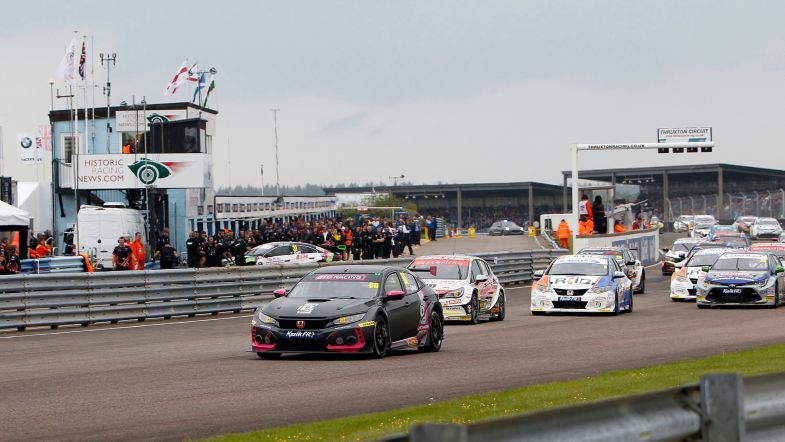 The Thruxton and Oulton Park rounds of the British Touring Car Championship season have been postponed after Motorsport UK – the governing body of UK motorsport – announced that it is suspending all events until at least the end of June.

All organising permits and Certificates of Exemption had been suspended until the end of April after the government announced it was withdrawing support for large events and advised against non-essential social contact earlier this month.

However, the latest move by Prime Minister Boris Johnson to deal with the ongoing coronavirus pandemic – which has effectively put the UK into lockdown for the next three weeks – has resulted in Motorsport UK extending that suspension until ‘at least 30 June’.

The decision to extend the suspension means the Thruxton event on 16/17 May and Oulton Park on 13/14 June will join the events at Donington Park, Brands Hatch Indy and Silverstone National in being postponed.

It means that the BTCC season is now set to start at Snetterton on the weekend of 25/26 July although that will be dependent on how the ongoing situation develops.

“Motorsport UK has a vital role to play with its community in re-inforcing that, at this time of national emergency, we must all stay at home to play our part in protecting the NHS and ultimately saving lives,” Motorsport UK Chairman, David Richards said.

“Today, the government have required that we effectively lock-down for a period of three weeks, however given that the most vulnerable in our society are required to isolate for three months, it is evident that the most responsible course of action was to propose a longer suspension of our sport.

“When we reflect back on this time, it will be a brief, but vital, hiatus from our everyday motorsport life and we must put this in perspective. This is a time of national unity and we need to come together with the broader public community to do all we can to support this battle and ultimately save lives.”