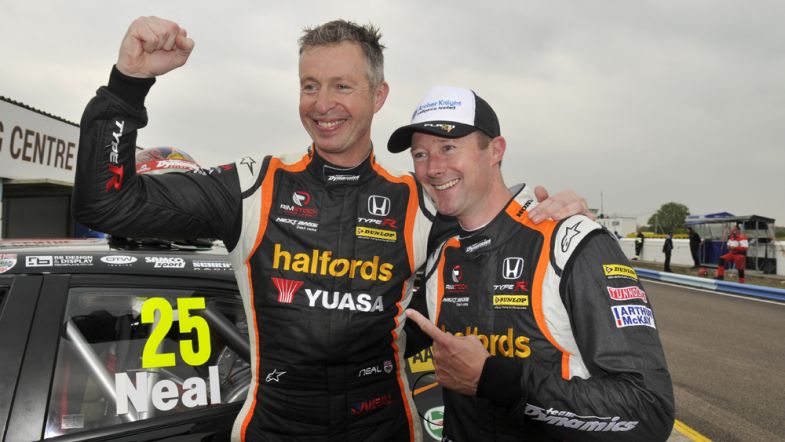 Matt Neal has revealed that Team Dynamics pushed to try and bring Gordon Shedden back into the British Touring Car Championship for 2020, but was ultimately unable to put together a deal due to a lack of available licences.

Shedden found himself without a drive in the World Touring Car Cup after Audi elected to call an end to its TCR programme, with the Scot immediately being linked with a possible return to the series where he has secured three championship titles.

However, with Dynamics having already signed Dan Cammish to a new two-year deal, and Neal not yet ready to end his long and successful career, any move for Shedden would have reliant on the team acquiring the additional TOCA BTCC Licence required to run a third car.

Although the team was able to get close to a deal with a sponsor that would have allowed Shedden to return, a deal to acquire a licence wasn’t possible – leaving Dynamics to continue as a two-car team once again for the season ahead.

“We knew the writing was on the wall for Flash with Audi and WTCR, and we tried to get a deal done,” Neal revealed in a video Q&A hosted by the team. “We already had Dan signed for two years and I’m not ready to hang up helmet just yet, so we would have needed a third licence. We had a sponsor lined up but we couldn’t get the licence, and that meant we then missed the window with the sponsor.

Although a race deal wasn’t possible, Shedden did return to the team during testing as Neal recovered from the injuries he sustained in a cycling accident, with the Scot on the pace straightaway despite having not driven the FK8 version of the Civic before.

“It was a real shame [we couldn’t do a race deal] but Flash was then able to step in for me during testing,” Neal added. “He’s had a tough time in WTCR but he jumped in the car and he was right on the pace which was good for us and also for him personally because it showed he is still right on it.”