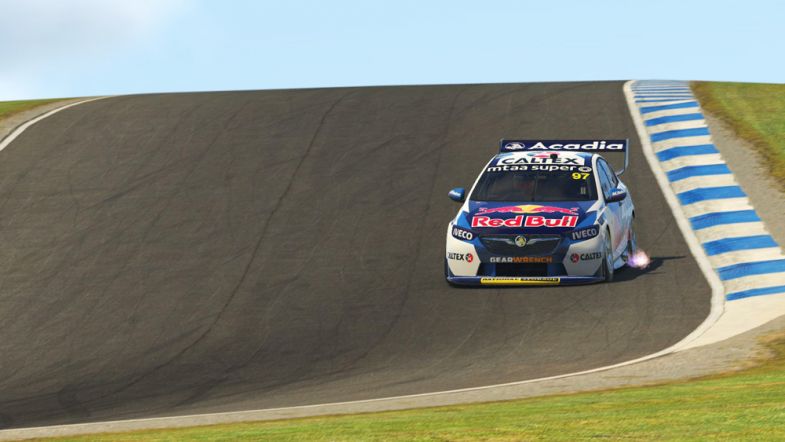 It should come as no surprise to followers of the Supercars Championship that the stars of the series will don the liveries of their real-life race cars in the upcoming Eseries, brought in to provide racing while the world shuts down thanks to COVID-19.

So far the Erebus Motorsport, Triple Eight and Team Sydney squads have revealed their paint schemes in the iRacing simulator, all sticking with the designs run throughout 2020, a trend followed by Andre Heimgartner for his Kelly Racing entry.

Getting underway on April 8, the Supercars Eseries is now backed by the category’s official fuel supplier BP and will be broadcast live on Fox Sports Australia and Sky Sports New Zealand as well as across the Supercars social media channels and Twitch stream.

Nathan Prendergast, Supercars General Manager Television and Content, says that the Eseries will give fans another level of interaction with the drivers as they look to have the stars chat throughout the telecast.

“This series is about giving fans an opportunity to cheer for their favourite drivers from anywhere in the world,” said Prendergast.

“Drivers have really embraced the opportunity to continue racing via this All Star Series and we expect tough and exciting competition across the board.

“To bring fans more insights, we will have drivers chatting mid-race and interacting with the broadcast, like the Supercars Championship.

“We’ll be using webcams throughout the series, so fans watching at home can see their drivers mid-race.

“Our broadcast partners have embraced this competition and we’re thrilled they will be showcasing it live across their channels.”

It was announced last week that Super2 driver and Erebus Motorsport co-driver Brodie Kostecki will be creating the setup which all cars must use in the sessions, making it so the only variable between the drivers is their talent and simulator package.

The first round of the Eseries will take place at Melbourne’s Phillip Island and the iconic Monza Grand Prix circuit.