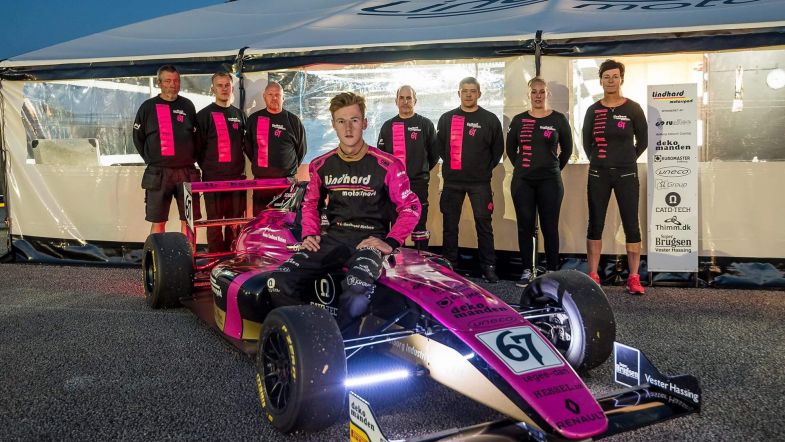 Formula 4 racer Jonas Lindhard will move to the TCR Denmark series this year.

The 19-year-old has spent the past few years in the Danish Formula Ford, Formula 5 and Formula 4 championships.

Lindhard has bought a Volkswagen Golf GTI TCR DSG and is aiming to fight for the title in the AM-category with his family team.

“It is definitely a cool challenge, and I am looking very much forward to it. It will be tough and difficult, but I didn’t join the TCR Denmark series to become a backmarker, calling it a learning year,” said Lindhard, who, after two years in Formula 4, couldn’t see himself trying to advance further up the Danish single seater ranks.

“I couldn’t really figure out how to progress further in formula cars, as it gets really expensive there (after F4). I see really great opportunities with TCR Denmark. They are starting out strongly with a powerful team and great names on the entry list,” said Lindhard.

Lindhard will join the AM category as well as the Under 23 category where he will be competing against Nicolai Sylvest of LM Racing as well as Kristian Sætheren of Insight Racing.