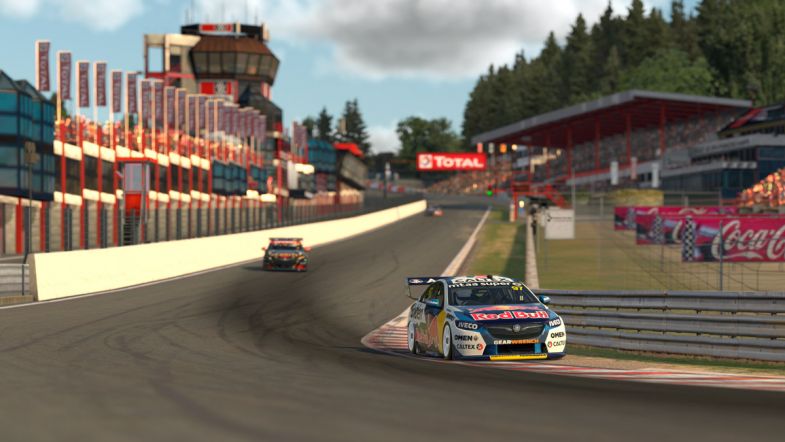 Shane van Gisbergen has been handed a post-race penalty following yesterday’s Supercars All Stars Eseries event at the digital version of Spa-Francorchamps.

The penalty was given following contact between van Gisbergen and Anton De Pasquale while fighting for the lead on the last lap of Race 15.

“It was very clear that Car #99 [De Pasquale] had the opportunity to make a clean pass on the outside of Car #97 [van Gisbergen].

“Car #97 had racing room on the right and chose not to use it, causing avoidable contact.

“At the time of the incident there was only one camera angle available to use for the review, we knew a penalty was most likely, but we had to review it thoroughly which we now have.

“Had Shane been penalised immediately after Race 15 he would’ve started in a better position in the reverse grid race.

“The black flag Car #99 received for too many in-race penalties in Race 15 has now been overturned, as the final penalty was linked to going off circuit due to the incident with van Gisbergen.

“As is always the case in motorsport, we cannot award a driver a race win because they were tussling for the lead at the time of an incident. It must be based on the position a driver is in when they officially cross the finish line.

“McLaughlin is declared the race winner and following his post-race penalty, van Gisbergen drops back to fifth.”