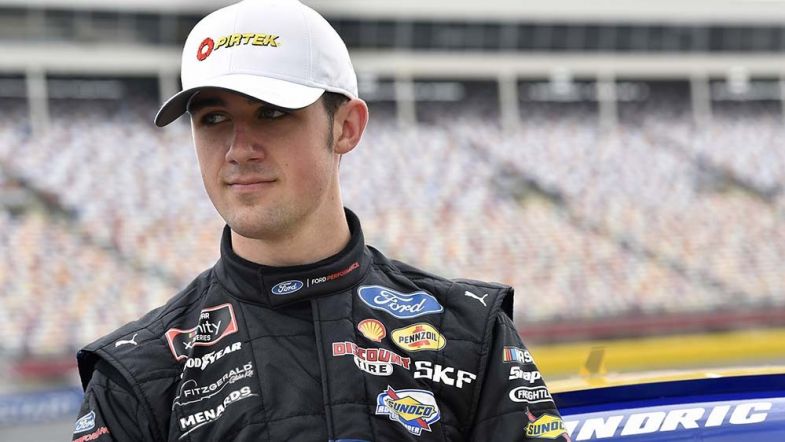 A two-time winner in the NASCAR Xfinity feeder series and son of Team Penske president Tim Cindric, Austin will make his first start with the Supercars field at a circuit based in the town he’s named after.

Cindric’s two NASCAR wins have been at road courses, taking victory back-to-back at Watkins Glen and Mid-Ohio last season, as well as becoming the youngest starter in the Bathurst 12 Hour in 2015 as a 17-year-old.

Taking to social media to make the announcement, Cindric says he’s excited for the chance to race in the series with the extended arm of his current, American team.

“Really excited to share that I’ll be part of the Supercars Eseries grid at Circuit of the Americas this week,” the 21-year old said.

“Really cool opportunity for me because I’ve always been a big fan of the series itself. The cars, the tracks, the drivers, the whole format I’ve really enjoyed.

“I’ve got a lot of respect for the guys that do it week in week out so looking forward to going back and forth with them on the track.

“I know I’m going to have my work cut out for me, so hopefully Scotty [McLaughlin] and Fabs [Coulthard] can get me on the pace.

“Overall really cool opportunity, thank you to Ford Australia for getting me involved and looking forward to being a part of the show.”

Qualifying for the COTA round will begin at 1800 local time on Wednesday night, followed by race coverage at 1900.