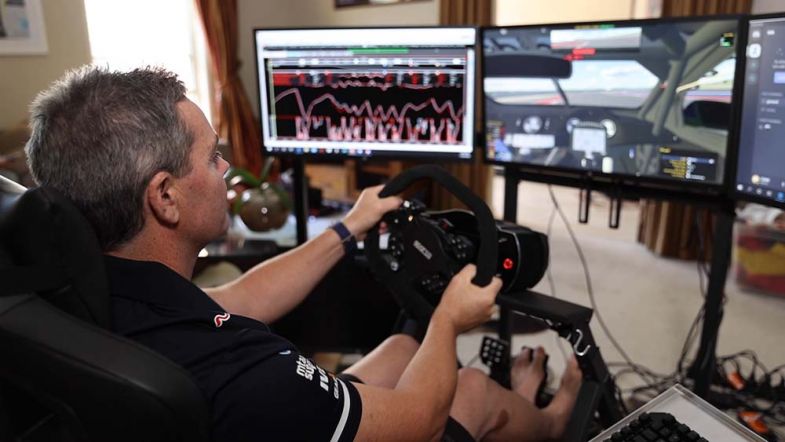 After the team previously announced that Shane van Gisbergen’s Enduro Cup co-driver Garth Tander will take a wildcard start this week, Lowndes has joined in and is set to pilot the #888 car, a number he became synonymous with during his 14 season tenure as a full-time driver with the team.

Having won the Enduro Cup last year with Jamie Whincup, who drives the #88 Triple Eight car and won his first Eseries race two weeks ago, Lowndes will only now make his foray into the virtual world.

The seven-time Bathurst 1000 champion says his main aim is to beat Whincup, the man who beat Lowndes’ record of wins in the Supercars championship.

“My experience on a simulator is pretty limited, I missed that phase,” Lowndes said.

“I’ve used a sim in the past in my last few years of full-time driving, but it’s just a different world.

“To get your head around not having that tactile feel of what the car is doing underneath you, is really something you’ve got to just change your whole focus.

“It’s been interesting to watch it from afar; it’s been quite humorous at times.

“If there’s only one driver I beat on Wednesday its probably my teammate, Jamie Whincup.”

Lowndes joins Tander, DJR Team Penske’s Austin Cindric and Walkinshaw Andretti United’s Lando Norris as a wildcard for the COTA round, having had previous experience at the track in real life when the series made its only American visit in 2013.