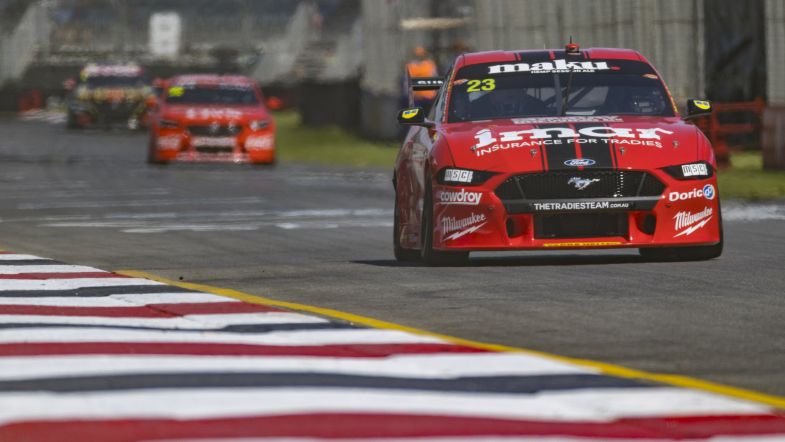 Question marks have emerged over the future of the 23Red Racing team after reports that primary sponsor Milwaukee Tools has elected to pull backing from the Ford outfit.

The team, run as part of the Tickford stable, joined the Supercars grid in 2018 running a single car for Will Davison, with Milwaukee taking on the role of title sponsor as part of three-year deal due to run until the end of the current season.

However, reports from Speedcafe suggest that the ongoing COVID-19 pandemic has resulted in Milwaukee taking the decision to end the deal early after discussions with team owner Phil Munday, with an official announcement due in the coming days.

The loss of the primary sponsor will see Davison left without a full-time seat, and could throw a lifeline to former series champion James Courtney – who split with Team Sydney after the season opener in Adelaide.

Courtney was known to be exploring the possibility of using his support from Boost Mobile to secure a wildcard drive later in the season, and could now use that backing to secure a drive in the Ford Mustang.

Speaking earlier this week to the V8 Sleuth podcast, Alan Gow – Courtney’s long-time manager – said he fully expected to see the 39-year-old back in action as part of an undisclosed programme.