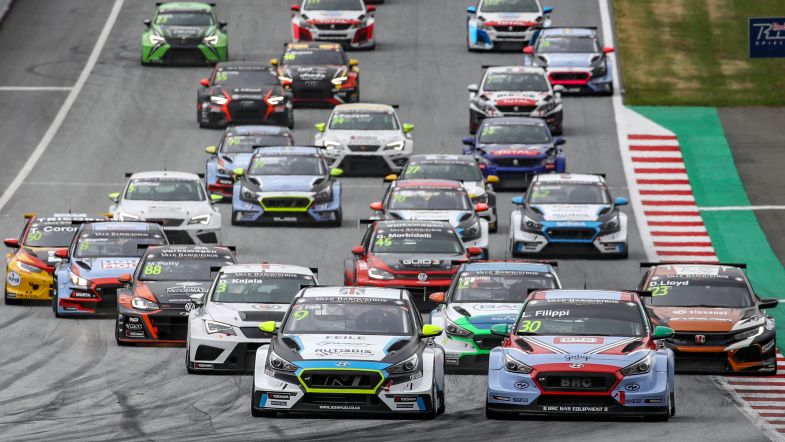 The TCR South America championship organiser unveiled further details about its upcoming inaugural season in 2021 during an online press conference.

The championship will be headed by Argentinian Felipe McGough, who was part of the South American Super Touring Car Championship organisation during the late nineties, and Brazilian Maurizio Slaviero who was president of the Stock Car championship from 2013 to 2016.

“I want to thank Marcello Lotti for putting trust in this project,” said McGough.

“In hard times like these we have to try to use our inventiveness even more, we expect to bring out a great series.”

The championship is planned to start in April 2021 with a total of eight rounds in Argentina, Brazil, Chile and Uruguay.

A total of 26 licenses for entries to the championship will be made available and an entry list is expected to be released at the end of August, with an entry deadline set for July 31st.

“We primarily expect entries from Argentina and Brazil, but we will incorporate entries from Chile, Paraguay and Uruguay also. We are aiming for a strong championship in 2021,” said Carlos García Remohi, president of CODASUR, the South American FIA regulator.

Honda Racing STC2000 team director Victor Rosso has been appointed as the sporting director of the series alongside Spanish race engineer Samuel Canca Ruiz who will act as technical chief.

“The sporting level of TCR is high and smart and I am pleased to be able contribute to this new series,” said Rosso.

“We are targeting to hold race weekends on Saturday and Sunday, keeping the format easy for fans to understand. Our ambition is to be the top racing championship in South America.”

Marcello Lotti, the CEO of TCR, praised the work of the TCR South America promoters.

“Launching TCR South America is an amazing achievement for us, thanks to people like Felipe McGough and CODASUR president Carlos García Remohi,” said Lotti. “South America is a region with lots of fans and different manufacturers that can join us.”