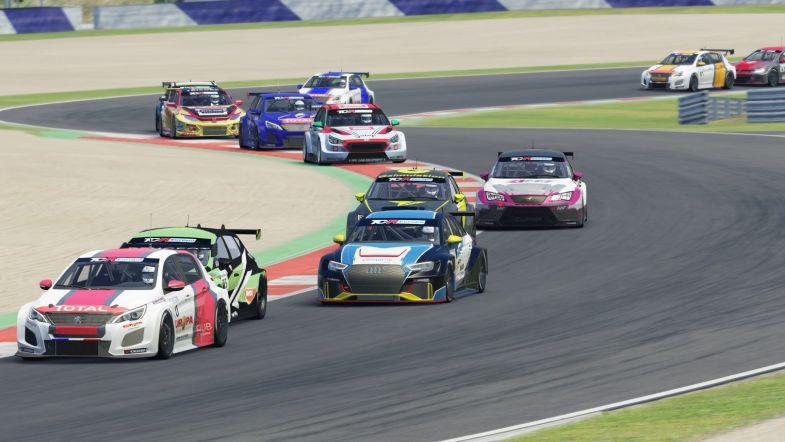 The teams and drivers from the TCR Australia Series will become the latest in a long line of the World Sporting Consulting championships to adopt an online sim championship on the Assetto Corsa platform, allowing the field to campaign for their brands once again.

Off the back of the successful ARG eSports Cup which saw a majority of the TCR Australia field compete on the iRacing platform at worldwide tracks in Audi’s RS 3 TCR machine, the move to Assetto Corsa will allow any of the current brands available to be used, giving a closer level of alignment to the real-world series.

In addititon to this, iconic Australian tracks like Mount Panorama, Sydney Motorsport Park and Sandown will be used while the season kicks off the the Albert Park Circuit, the track where the 2020 Australian Grand Prix and all support races were cancelled as the COVID-19 pandemic began.

CEO of the Australian Racing Group, Matt Braid, says the new TCR Australia SimRacing Series will allow the category to capitalise on the popularity of sim racing as the world remains in lockdown.

“The carsales TCR Australia SimRacing Series is going to be a great way to continue the online racing theme as the world begins to emerge from lock down,” said Braid.

“The ARG eSport Cup has been a terrific initiative during the period that we have been in lock down, and now we are able to following this up with a internationally promoted series specifically featuring TCR Australia.

“The program that the WSC Group has put together, with most of the TCR car brands involved, is a fantastic real-world representation of TCR Series racing, and ARG is proud to be the second series from around the world to be selected to compete on the platform.”

Though the real season won’t kick off until the 15th of August at Sydney Motorsport Park, the virtual offering gets underway next week at on Thursday night at Albert Park, getting the ball rolling for the seven round championship.