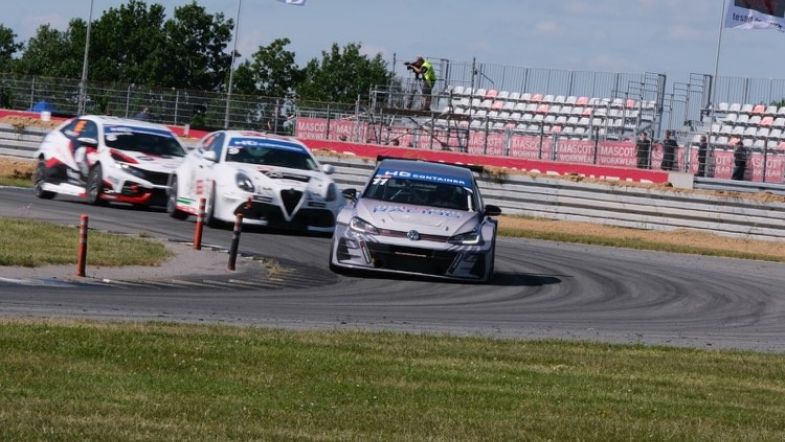 Nicolai Sylvest fights his way to victory in Jyllandsringen Race 2

Mathiassen started from the reversed grid pole position and quickly pulled up a gap. However, it was soon reduced as the safety car was called on track when Massive Motorsport driver Kenn Bach retired due to a suspension failure.

The restart saw Sylvest getting past Mathiassen into a lead he was to keep until the chequrered flag.

Peugeot driver Michelle Gatting forced the safety car on track for a second time as she suffered a brake failure at the back straight and collected Allan Kristensen when going off.

Insight Racing driver Johnny Vejlebo caused the third and final safety car period as he hit the barriers at the final turn, retiring from the race with damage to his Peugeot 308TCR.

Volkswagen Golf GTI TCR driver Sylvest won the race by 1.2 seconds ahead of Mathiassen, with race one winner Kasper H. Jensen fighting his way from eighth position to a strong third place.

Jan Magnussen managed to salvage fourth position after receiving a penalty for exceeding the track limits. The former F1 driver had an entertaining fight with Michael Markussen who came home in fifth position.

The third and final race of the weekend starts at 16:40 CEST.