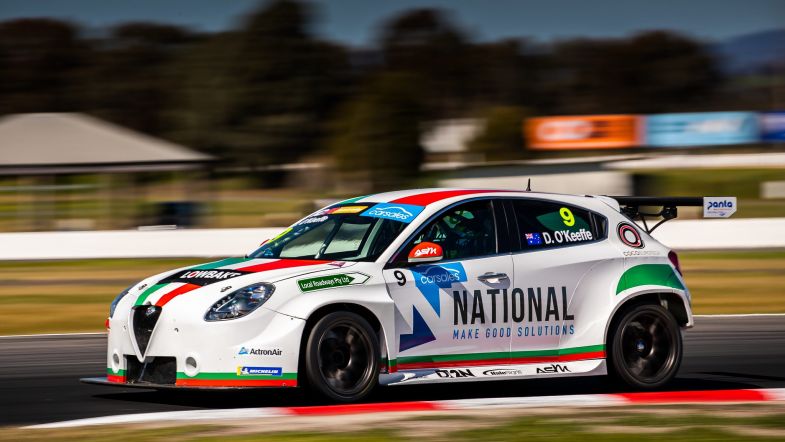 Ashley Seward Motorsport has confirmed that it will test both Tim Slade and Ben Grice this week at Winton Motor Raceway.

Experienced Supercars racer Slade – who is set to co-drive with Scott McLaughlin in the endurance events this season – and rising star Grice will both spend time at the wheel of ASM’s Alfa Romeo Guilietta TCR as preparations continue for the start of the new TCR Australia season at Sydney Motorsport Park in August.

“We’ve obviously had a big break since our TCR cars were last on track at the Australian Grand Prix, so it’s important to get some track time ahead of the series restarting in August,” team boss Ashley Seward said.

“Tomorrow’s test at Winton is a good chance to get some track time and ensure the car is running reliably, and it’s also an opportunity for drivers with the diverse experience of Tim and Ben to sample a TCR car and give us some technical feedback about its on-track behaviour.”

Slade said he was excited by the prospect of getting back behind a car after the COVID-19 pandemic brought any track action to an end.

“Like a lot of people, I’ve had a lot of downtime with no driving, so I can’t wait to be back in a race car,” he said. “I’ve done a couple of races in Dad’s Excel at Tailem Bend and Winton last year – that was my first experience of front-wheel-drive machinery. I’d expect the TCR car to be somewhere down that path, but obviously with everything more refined.

“The goal will be to get my head around it, extract the most from it and give Ash and the guys as much feedback as I can. I expect it to be a different challenge, because it’s a different beast to what I’ve driven for most of my career.”

Jay Hanson is the only driver currently confirmed with ASM for the 2020 season.