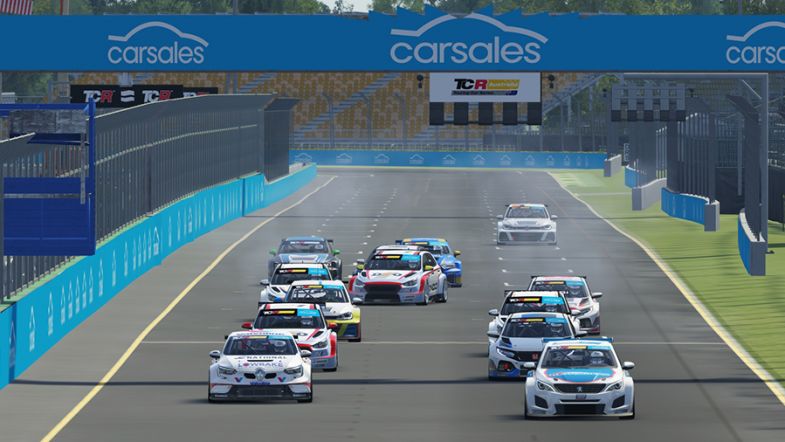 Ben Bargwanna and Dyland O’Keeffe claimed one win each in the inaugural TCR Australia SIM Racing event, held at the virtual version of Albert Park.

Bargwanna claimed a lights-to-flag win in the first race behind the wheel of his digital Peugeot 308TCR.

Renault driver O’Keeffe started second but dropped down to fourth after a mistake.

The second race had reigning real-life TCR Australia champion Will Brown on the reversed grid pole position but failed to take the start due to an issue with his computer.

Instead it was Racing Sims NZ’s Peter Vodanovich who claimed the lead.

And the Volkswagen driver held the lead until the penultimate lap when he made a mistake, allowing Garry Rogers Motorsport driver O’Keeffe to claim the lead and win the race.

Vodanovich dropped down to finish second ahead of LK Racing driver Luke King and Ransley.

The next TCR Australia SIM Racing event is scheduled for July 2nd at the virtual version of Mount Panorama.