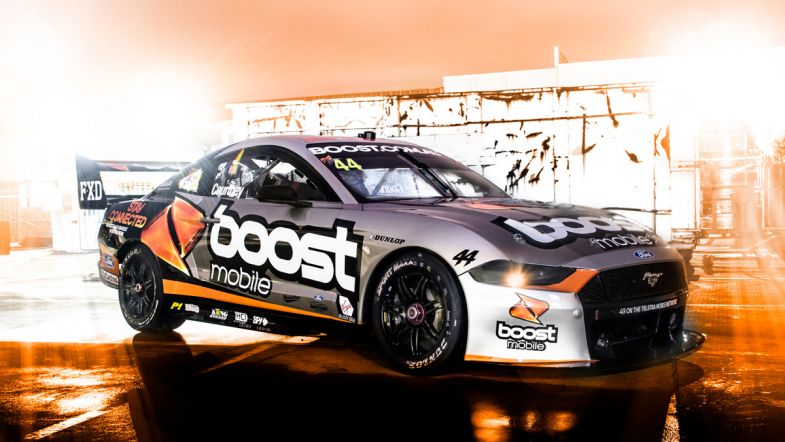 Tickford Racing has unveiled its livery for James Courtney ahead of the Supercars Championship season restart this weekend.

“The team and Boost Mobile Racing have done an awesome job getting everything prepared, we’re ready to go and ready to get our new partnership off to a strong start.”

Courtney drove the Adelaide season opener in February for Team Sydney, a cooperation that turned sour.

The 39-year-old joined Tickford Racing as a slot became available when 23Red Racing left the championship.

“I can’t wait to get behind the wheel and get out on track,” said Courtney.

“I’m definitely excited to get back on track for some real racing and even more so to be making my debut with Tickford in the Boost Mobile Ford Mustang.

“It’ll be pretty full on but the team had a great start to the year, so I’m confident I can get myself up to speed and we can get off to a good start this weekend.”