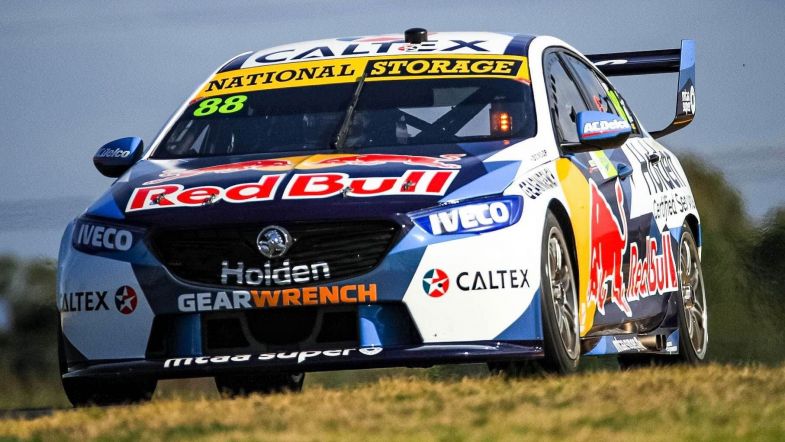 The championship announced a raft of logistical changes to mitigate against the spread of COVID-19 during the weekend, which meant that just 13 staff members per team would be allowed to travel to Sydney, with only 20 tyres available for the weekend.

This was particularly felt during pit-stops, during which team strategy varied wildly over the course of the three races, with some opting to change two tyres to bolster the loaded right hand side of the car in exchange for a quicker stop but less grip towards the end, or change all four wheels for the opposite effect.

Double race winner Scott McLaughlin held off Jamie Whincup to edge Race 1 victory with diminishing grip, but made the most of four fresher tyres in Race 3 to take a relatively more comfortable win.

Speaking to FOX Sports after Race 3, the Kiwi said: “I didn’t mind [the new format], it sort of brings you back to the Development Series days, where you ran different tyres and some people were faster in the second race and all that sort of stuff.

“I enjoyed passing and doing all bits and pieces, there was some really good racing this weekend and a track with good degradation provides. Hopefully Winton, where there’s no deg, we can get some good spicy racing there.”

Another to hail the varied strategies associated with the new regulations was Red Bull Holden’s Whincup, who recorded a trio of podium finishes.

“I think the format was great. It was really, really tough in team land to work out what tyres to put on and it really mixed everything up.

“From what I’ve heard, they’re going to mix it up even more for the next round, so I think it’s all good. We’ll go away with somewhat of a smile on our face today, but car #17 was just too fast. We’re disappointed we couldn’t do more.”

“Percat’s win in that first race (Race 2 of the weekend) it was a different strategy and in the last race he struggled, but then Holdsworth came through at a rate of knots.

“Obviously, the good cars are still going to be good, McLaughlin has had a great weekend, Whincup and van Gisbergen are in the mix and they’re all under pressure. It’s actually nice to see those blokes under pressure because of different tyre strategies. I think it’s fantastic.”