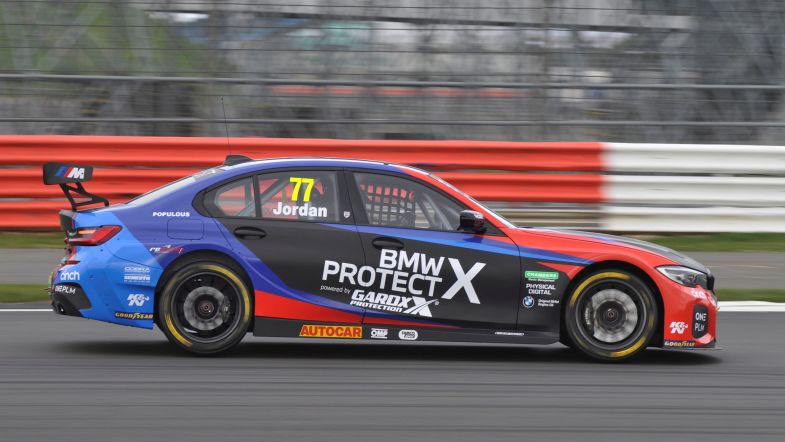 Andrew Jordan will not take part in the 2020 British Touring Car Championship after electing to withdraw from the series.

Jordan was one of the favourites for the title at the wheel of a West Surrey Racing-run BMW 320si having gone close to a second title last year, but has instead vacated his seat as a result on the ongoing COVID-19 situation.

“After much thought and consideration, I have made the difficult decision not to compete in the 2020 BTCC season with Team BMW,” he said. “As I’m sure many of you can attest to, the current climate has impacted all of us more than we could have ever anticipated.

“Unfortunately, this has placed me in a position where my head had to overrule my heart, and the tough decision was taken to not compete this season.

“Thank you to all of those who have made the twelve year journey a possibility; becoming BTCC champion was more than I could ever have imagined. Over the past year, I have been humbled by the time and effort so many people have put in to try and ensure the dream of mine remained a reality.

“I’d like to thank BMW, WSR and all my sponsors for the incredible three years we’ve had together. We’ve achieved so much, and I will bw forever grateful to have worked alongside the best in the business. I’ll be cheering them on when the season starts and wish them every bit of success.”

Jordan’s decision to withdraw means WSR now has a vacant drive alongside Colin Turkington and Tom Oliphant for the new season.

“AJ has made a huge contribution to our BTCC success since 2017 – coming so close to winning last year’s title – and we’re sorry to be losing him,” team boss Dick Bennetts said. “On behalf of all at WSR and Team BMW, we thank him for our seasons together and wish him well for the future.”