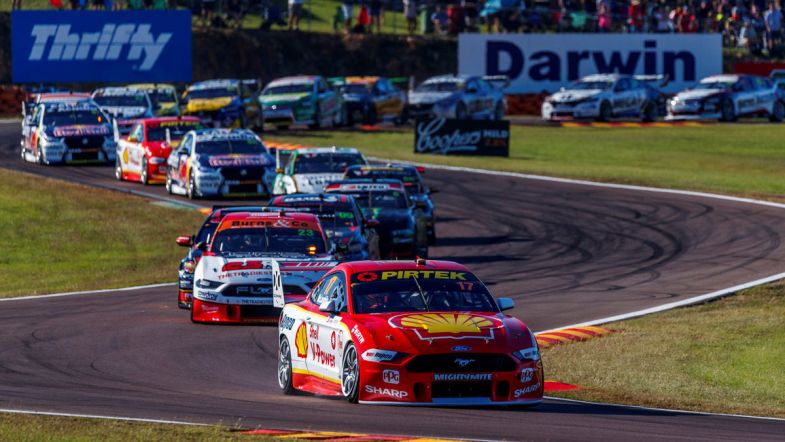 Spectators to be allowed at Supercars Darwin round

This year’s Darwin Triple Crown will be the first post-COVID-19 Supercars event to have fans in attendance and gives Northern Territory their first major after the pandemic began.

Playing host to the fifth round of the championship, the Hidden Valley round is set to see crowds allowed in the gates as the Supercars title race reignited over the weekend in Sydney, being held as a TV-only event.

The upcoming Winton SuperSprint is also being planned as a TV-only round but is now in doubt as the Queensland Government has imposed strict lockdowns on its residents travelling to Victoria among a second wave of coronavirus cases in the state, potentially affecting the round in regional Victoria.

Only 4500 tickets will be available for each day of the Darwin Triple Crown with priority going to those who have already purchased tickets to the event, originally slated for the middle of June but now looking to go ahead fro August 8-9.

Supercars CEO Sean Seamer has praised the Northern Territory for being able to rework the event into a new date, saying it’ll be an honour for fans to be trackside again.

“This is obviously great news for Supercars and for fans of sports in the Northern Territory,” he said.

“The past few months have been tough on everyone, and we have worked hard behind the scenes to get our Championship back up and running and, importantly, getting fans back trackside.

“Thanks to the Northern Territory Government, we are now at the stage where we are able to take the next step on the journey back to normal racing.

“It will be an honour to see 4500 fans at Hidden Valley each day cheering on their favourite drivers.

“This is certainly a positive milestone for us and we are thrilled that this year’s Darwin Triple Crown will be run in front of our supporters.”