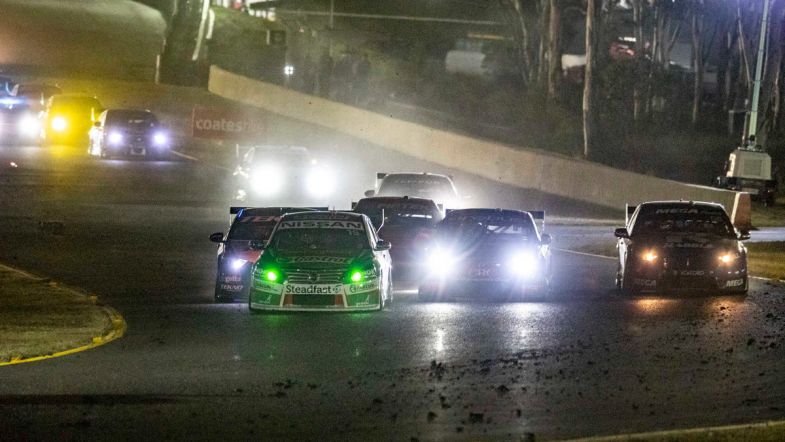 Sydney Motorsport Park will become the first ever host of consecutive rounds in a calendar year in Supercars Championship history after the category announced today it will return to the venue for the next outing of the series, following on from the cancellation of the upcoming Winton SuperSprint.

As well as being back in Sydney, which hosted the first round of the resumed championship, the weekend will have a split day/night format with the first of the three races going ahead under lights on Saturday night, followed by twin sprints on Sunday.

Supercars CEO Sean Seamer made the announcement that the series will return to SMP next time out and said fans will be allowed to attend the round in a limited capacity.

“Following discussions with all government health authorities on the new interstate restrictions, the practicable solution is to go back to Sydney Motorsport Park later this month,” Seamer said.

“Sydney Motorsport Park was a logical choice as we have a proven track record of completing a safe event there based on what we achieved last week.

“Following NSW State Government guidance, we are thrilled that we will be able to accommodate fans each day of the July event.

“All personnel at the event successfully maintained social distancing at Sydney Motorsport Park last weekend and will adhere to the same protocols for the event next month.”

The venue was the scene of the first night race in Australian Touring Car Championship history, back as the opening round in 1996, while it also played host to the first ever Supercars race under lights in 2018, something which is set to be repeated later this season as the grand finale to the championship.

With the four circuit layouts available at SMP, it is possible that Supercars could run on one of the three versions, potentially meaning the championship would host multiple rounds at the same track in a season but on different layouts.

Though it is yet to be confirmed whether support categories like the Super2 and Super3 championships will run alongside the Supercars teams, , the round will run over the weekend of July 18-19.