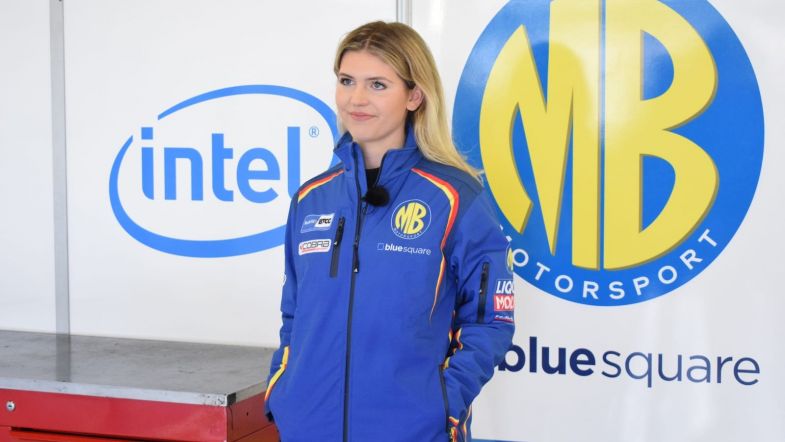 Porsche Carrera Cup racer Esmee Hawkey will make her debut in BTCC machinery when she takes to the track during the two-day Goodyear tyre test at Snetterton this week.

The 21-year-old will replace Jake Hill for a day of running with MB Motorsport in her role as development driver for the Honda squad, with her outing currently scheduled for Wednesday.

Hill himself will be at the wheel for Tuesday’s running, with team-mate Sam Osborne in action on both days as teams look to complete vital running ahead of the delayed season-opener at Donington Park next month.

“I can’t wait to get behind the wheel of the Honda Civic Type R,” Hawkey said. “It’ll be my first time in a front wheel drive car so there’s a lot of learning to do, but I’m up for the challenge and look forward to working with the team and broadening my experiences.

“It’s been a strange year with everything that’s happened, so it’s great to finally get back out on track, although I didn’t think my first running since March would be in a touring car! It is going to be a very busy second half of the year but I can’t wait to get it underway!”

Hawkey added that she was keen to learn as much as possible across the two days of testing at Snetterton having already spent time with the team during the season launch at Donington Park back in March.

“To work with the team, the management and the drivers at MB Motorsport is great for me and the chance to get behind the wheel and to gain a new experience is going to be fantastic,” she said. “But more than that, I want to get to the highest level possible in my career and understanding the operations of a team in the UK’s highest-profile championship, and working with them to grow myself as a racing driver off-the-track is equally as important as the results you can deliver on it.

“Tuesday at Snetterton will be about me working with the engineering team and the drivers across the day to get the best feel for it that I can. Then Wednesday will be my turn to get behind the wheel and to gain my first experience of a BTCC car, and my first front wheel drive experience as well!”