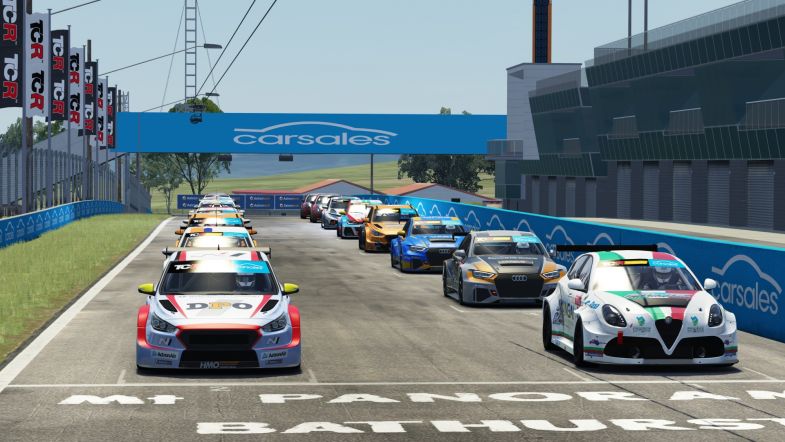 Dylan O’Keeffe and Luke King took one win each in the TCR Australia SimRacing Series at the virtual version of Bathurst.

Ben Bargwanna started the first race from pole position but was quickly passed by O’Keeffe who kept the lead until the chequered flag.

Wall Racing driver John Martin was close to O’Keeffe’s Renault, but was not able to get past and had to settle for second place, with Bargwanna in third.

The second race had series newcomer Jay Hanson starting from the reversed grid pole position and made a strong start to claim the lead.

Reigning real-life TCR Australia champion Will Brown ran second in the race initially but went into the wall at The Esses.

Lap four saw Hanson also making a mistake at The Esses, bunching up the field behind him and allowing King to climb from fourth to the lead.

O’Keeffe finished fifth and is still in the points lead ahead of the third round, held at the virtual version of Sydney Motorsport Park on July 15th.