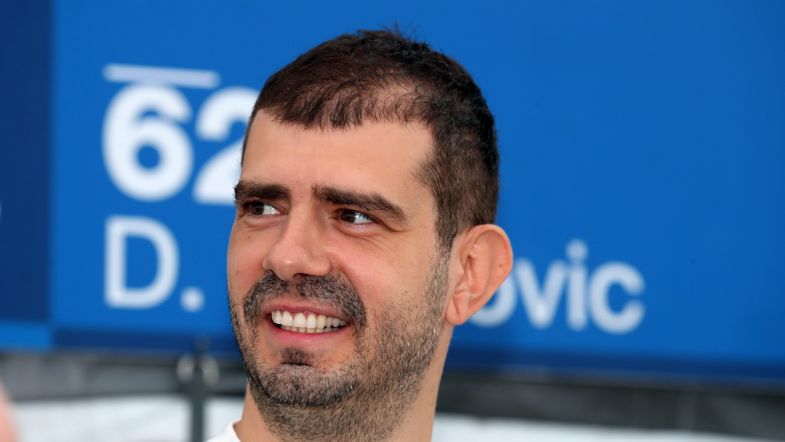 Dušan Borković will make his return to TCR competition this season after agreeing a deal with M1RA to contest the TCR Eastern Europe Championship.

The Serbian driver left TCR Europe under a cloud last season when he was banned by the series promoter following an incident in the paddock at the Red Bull Ring.

The 35-year-old will now make his track return in the Eastern European series, which is scheduled to begin in Croatia later this month, with the same team that carried him to the European Touring Car Cup success back in 2015.

M1RA’s decision to enter TCR Eastern Europe comes after the team decided that an entry into TCR Europe was ‘unfavourable’ for 2020 given the ongoing impact of COVID-19.

“The most important aspect for us this year is security,” team boss Dávid Bári said. “We are looking for a tournament where we can stay nearby, and as the competition calendar of TCR Europe was unfavorable in this respect – and the Hungaroring also dropped out of the venues – we decided on TCR Eastern Europe.

“We know Dusan well, in 2015 we won the European Championship together. He is a skillful and fast driver into whom good results are coded. Because of the epidemic, we had to wait a long time to do what we love best, so we want to enjoy the season first and foremost. Of course, this also means that we want to achieve success.”

Borković himself welcomed the chance to rejoin M1RA for his return to action, and said the regional series was the ideal place to compete in 2020.

“The choice of the championship was, among other things, mostly decided by the proximity of my home and the ability to reach the track without additional complications,” he said. “This is a situation that none of us has found ourselves in and it took time to understand what is happening to us and to adjust our lives to the new circumstances. The most important thing for me is that this year passes without a competitive break, and not to endanger the health of myself or my loved ones.

“I sincerely hope that this calendar will not change and that we will be able to complete these eight races on the international scene as I miss the track and the competitive adrenaline. I am looking forward to working with Norbert Michelisz again, whose engineers and mechanics I know well because we won the FIA ​​ETCC title together, and I am absolutely ready for new challenges.”