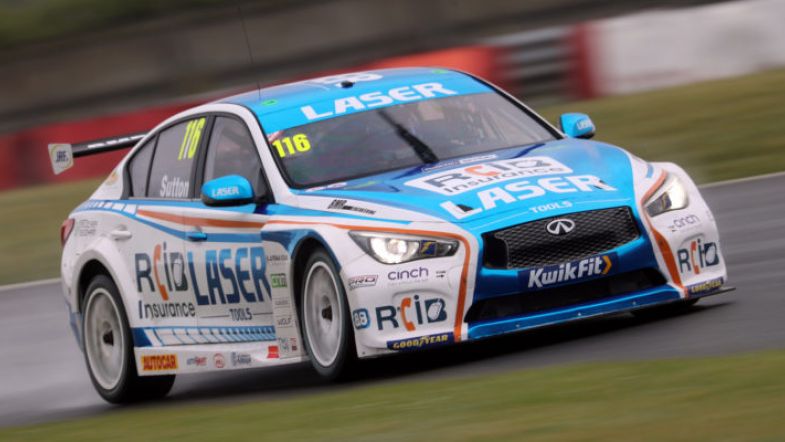 Former champion Ash Sutton topped the times on the second day of official testing at Snetterton in preparation for the new BTCC season.

Wet conditions would affect the whole day of on track action, which prevented anyone from getting close to the time set by Motorbase driver Rory Butcher on Tuesday morning.

As it was, Sutton would lead the way in both the morning and afternoon sessions on Wednesday at the wheel of his Laser Tools Racing Infiniti Q50 and was the only driver to break the 2:13s barrier in the newly-built car.

Sutton would end up eight-tenths of a second clear of the Speedworks-run Toyota Corolla of Tom Ingram, with Butcher slotting into third by virtue of his afternoon lap.

Michael Crees was the quickest Honda driver in fourth place for BTC Racing ahead of Aiden Moffat in the second Infiniti, with defending champion Colin Turkington rounding out the top six.

The second day of the test saw Porsche Carrera Cup racer Esmee Hawkey make her debut with MB Motorsport, setting a top 20 time during the morning running in Jake Hill’s Honda Civic, whilst Henry Neal took over from father Matt in the afternoon for Team Dynamics.