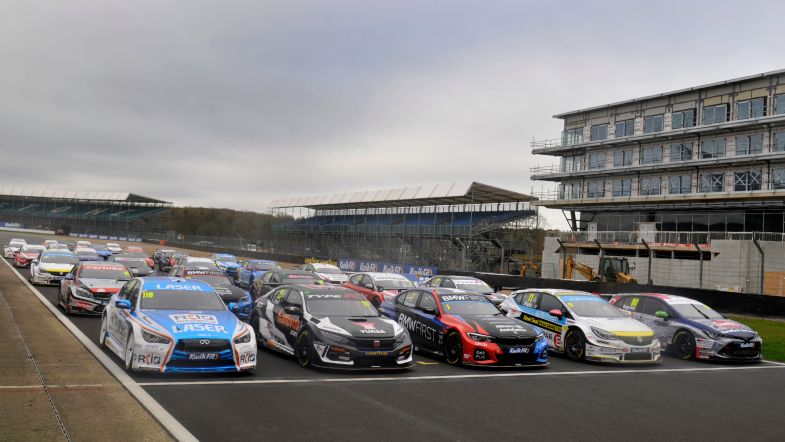 The British Touring Car Championship is to revise its traditional weekend format for a number of events this season as a result of the COVID-19 pandemic.

For a number of years, BTCC weekends have featured a pair of 40 minute free practice sessions on Saturday morning followed by a 30 minute qualifying seasion that afternoon.

Three races of equal length then follow on Sunday; the only expection having been in 2018 when a special double length race was held at Snetterton as part of the series’ 60th anniversary celebrations.

With the delayed 2020 schedule – which will only start on the first weekend in August – running until mid-November, series organisers TOCA have been left with no option but to adapt the usual weekend schedules in order to deal with the reduction in daylight hours towards the tail end of the campaign.

Whilst the opening seven rounds of the season will run to the usual format, the final two events at Snetterton and on the Brands Hatch Indy layout will feature changes to the norm.

Snetterton in late October will feature a single 50 minute free practice session on the Saturday morning, before an extended 40 minute long qualifying session that afternoon.

The extended qualifying period is down to the fact that – as previously announced – the Snetterton event will trial a new qualifying format, whereby all drivers will have a 25 minute period to set a time before the top ten go through to a ten minute shootout for pole, with all times being reset.

The season finale at Brands Hatch meanwhile will feature a single, hour long practice session on Saturday morning with qualifying brought forward to lunchtime to allow more support races to be run over the course of the afternoon.

That in turn will provide the opportunity to then condense the schedule for race day itself to allow the final race of the BTCC season to begin at 15:20 – around two hours earlier than usual – and finish during daylight hours.