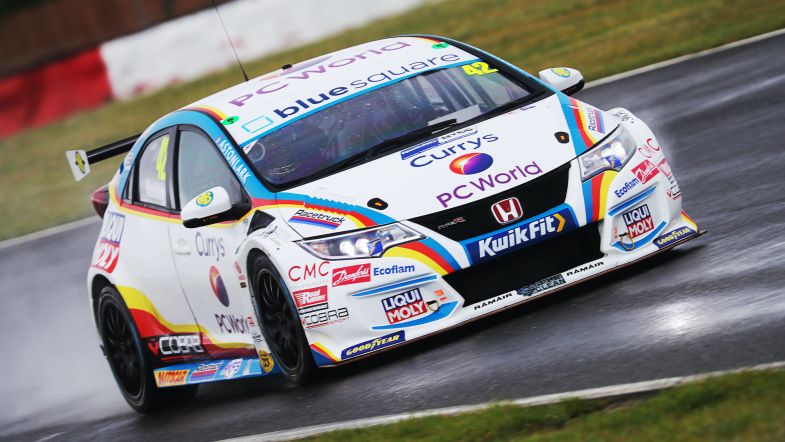 Esmee Hawkey insisted she was thrilled by her maiden outing in BTCC machinery after making her debut with the MB Motorsport team on the second day of testing at Snetterton.

The Porsche Carrera Cup racer joined the Honda squad as a development driver for the 2020 season, and took over the Civic Type R of Jake Hill for the final day of the Goodyear tyre test at the Norfolk circuit.

Rain across the day would increase the challenge that the 21-year-old faced on her first outing with front-wheel drive, but a solid performance during the morning session saw her post the 20th quickest time – ahead of former champion Matt Neal and within touching distance of the likes of Tom Chilton and Dan Cammish.

Although unable to improve her lap time after lunch, Hawkey would end the day with the 23rd best time of the 27 drivers to log a timed lap, leaving her pleased with her performance on track.

“It’s been an amazing day today and a great experience with the MB Motorsport accelerated by Blue Square team,” she said. “I’ve been chucked in the deep end with the weather and the conditions, particularly with today being my first experience of front-wheel drive too, but I’ve absolutely loved it.

“We’ve made progress throughout the day and I’ve grown in confidence with each stint. I had no real idea what to expect in terms of pace today but I think I’ve surpassed any expectations I did have, which is a real positive!”

Team boss Shaun Hollamby was also quick to praise the youngster for her performance on track.

“The tricky conditions haven’t made it easy on track for Esmee on her first run in a touring car but she did a fantastic job and can rightly be proud of the way she performed,” he said.

“She worked well with the team, took everything onboard and whilst lap times weren’t the important thing, she also showed good pace on track.”

Whilst former Clio Cup racer Jade Edwards tested with Motorbase at the same circuit at the end of 2019, Hawkey’s outing was the first by a female in an officially-timed session since Fiona Leggate back in 2007.