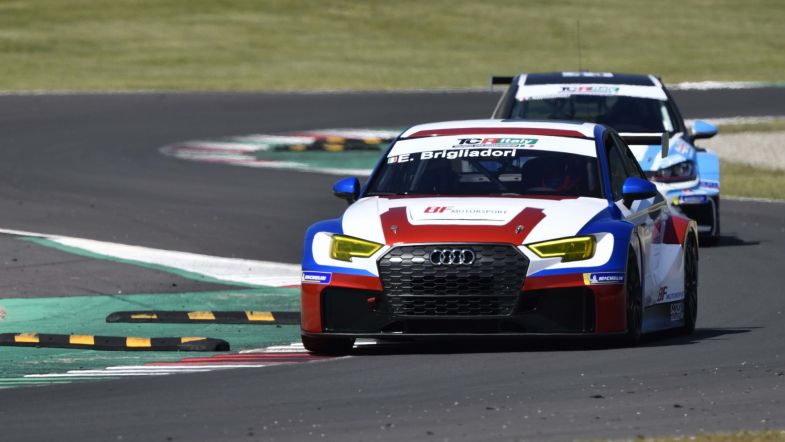 Franco Girolami has been demoted to fourth place on the grid for this afternoon’s TCR Italy championship season opener at Mugello after being penalised for a yellow flag infringement during qualifying.

The MM Motorsport Honda driver was adjudged to have improved his lap-time under yellow flags, meaning the Argentinean will not start from pole position.

Eric Brigliadori’s Audi RS 3 LMS has therefore been promoted to the front of the gird, with Target Competition’s Marco Pellegrini alongside him.

No other penalties were issued at the end of the qualifying session.