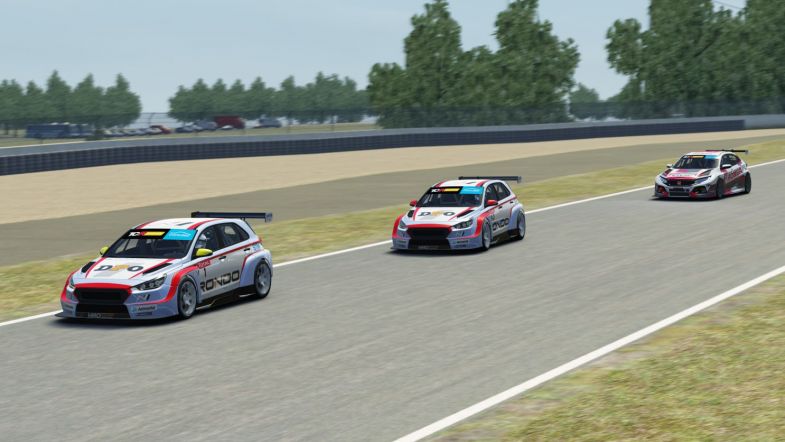 The Hyundai driver won the second race from the reversed grid while Renault driver Dylan O’Keeffe won the first race from pole position.

“It was exactly what I was need,” said O’Keeffe.

“I didn’t think I had the pace for pole. I thought Ben (Bargwanna) was going to drop in with a fast time at the end, but he missed out. The race was good. John and I were quite quick, but I was pleased to get the race win.”

O’Keeffe won the race ahead of Wall Racing entry of John Martin and Ben Bargwanna who fought his way back up to third after dropping to fifth following a poor getaway at the start.

Brown made a lighting start in the second race from the second row of the grid, winning ahead of Honda driver Martin in second place and Jay Hanson in third.

“Yeah, that was a bit of fun. There was a bit of bumping out there, but I really enjoyed it,” Brown said after the race.

“I haven’t been on the simulator for a while, and I didn’t think I’d get the win tonight. Now that I’ve had a few weeks off, I’m really enjoying the sim racing.”

The next TCR Australia SimRacing race will take place at the digital version of the Surfers Paradise street circuit on August 4th.