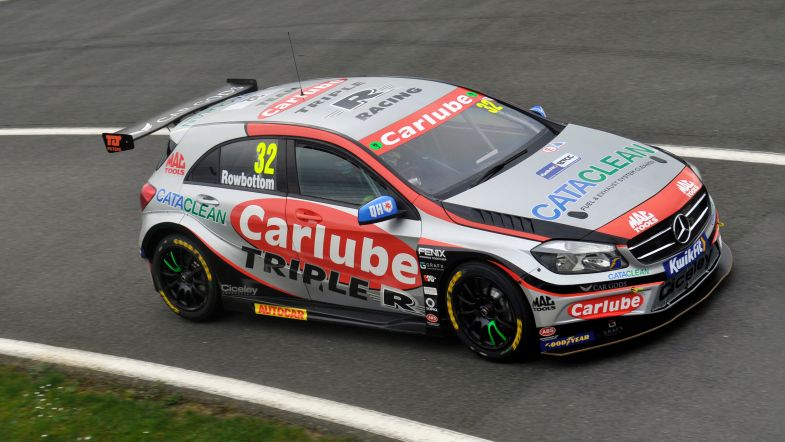 Jack Butel has become the latest late addition to the grid for the delayed 2020 British Touring Car Championship season after being called up to replace Dan Rowbottom in the Ciceley Motorsport line-up.

Rowbottom has joined the likes of Andrew Jordan and Mike Bushell in being forced to stand down from his drive for the season ahead, leaving a vacancy in the second Mercedes A Class alongside Adam Morgan.

Butel, who drove for Ciceley in the Dubai 24 Hours earlier this year, will now get the chance to step up into the BTCC having previously raced on the support series during a two year stint in British F4.

The 24-year-old has also previously raced in the LMP3 Cup Championship, where he secured three race wins for Speedworks, and spent the 2019 campaign racing in the GT4 category of the British GT Championship and also in the Lamborghini Super Trofeo Europe.

“This is a fantastic opportunity for me, joining the British Touring Car Championship grid is a dream come true,” Butel, who tested the Mercedes earlier this week, said. “I have so many people to thank… firstly my parents for their unwavering support, Carlube Triple R Racing and Lucas Batteries for their financial backing and Ciceley Motorsport for their belief in me as a driver.

“I will be taking the first part of the year as a learning curve preparing for 2021, but with help from Adam Morgan and the engineering team, hope to be able to secure some impressive results towards the latter part of the campaign. The opportunity has come at literally the eleventh hour, I just can’t wait to get cracking.”

Ciceley Motorsport commercial director Norman Burgess said he felt Butel would be a welcome addition to the BTCC line-up.

“We are delighted to welcome Jack back to the team,” he said. “I have worked with him before with our GT4 team in Dubai and his enthusiasm is infectious, he just wouldn’t leave the team’s engineer alone, his thirst for data interpretation and improvement held no bounds.

“This is a part funded drive and Russell was insistent that the team signed Jack, he like us all at Ciceley Motorsport, believe that he has the natural ability to deliver the results we require. Adam and Jack enjoy a great relationship and have been racing together on their simulators during the lockdown period. Jack, his sponsor and family fit our team dynamic perfectly.”