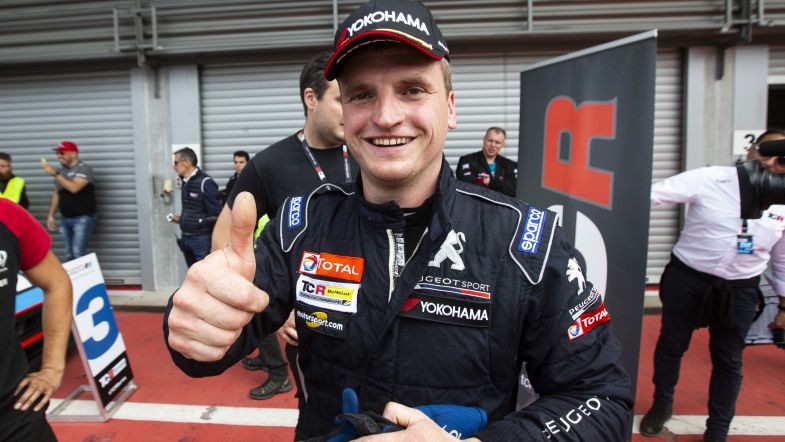 Julien Briché to guest star in TCR Denmark at Jyllandsringen

The 2019 TCR Europe runner-up Julien Briché is to take up a guest drive in the next round of the TCR Denmark season.

Briché will drive the Peugeot 308TCR previously raced by Michelle Gatting in the first round of the championship.

The Frenchman has been an important part of the development of the Peugeot 308TCR, which is one of the reasons why he has been invited to Denmark.

“It is a great thing to have Julien joining our project,” Brian Madsen, team manager of the Peugeot Sport team, said. “While he may not be a household name in Denmark, he has played a role in TCR as well as in development of the 308TCR. Bringing such a personality in with support from Peugeot Sport in France is really fantastic.

“Having the official support is crucial for our development. It’s no secret that the Danish tracks are different than most of the bigger tracks that other TCR series race on in the rest of the world – and that know-how is important. Julien is incredibly talented, and we need to tap into that in September.”

For Briché, the double header in the first weekend of September won’t be his first outing on Jyllandsringen as back in 2006, he raced a Peugeot 407 S2000 in the Danish Touringcar Championship.