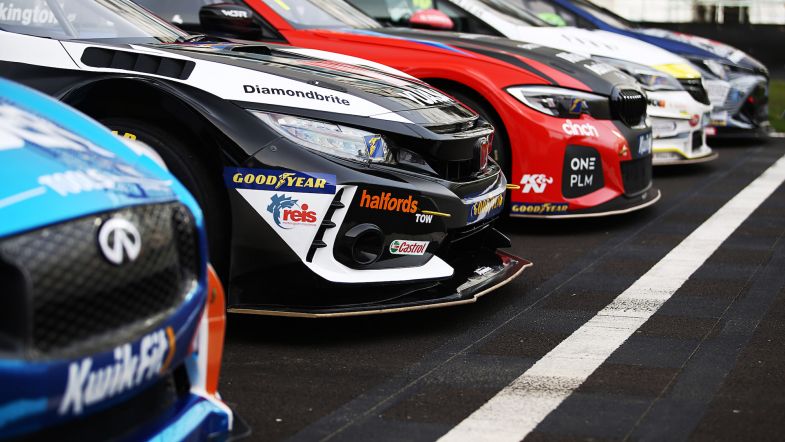 Donington gets set to kick off a very different BTCC season

Had 2020 turned out to be a normal season, then the fight for the British Touring Car Championship would now be moving towards the business end of the campaign, with the weekend just gone having been scheduled to host the sixth meeting of the year at Snetterton.

Instead, the arrival of the COVID-19 pandemic and the devastating impact it has had on everyday life means that only now will a delayed – and very different – season kick off at Donington Park, ahead of a busy three and a half months of hard fought action to determine who secures the championship crown.

Before coronavirus reared its ugly head, the 2020 season was shaping up to be something of a classic, with the top three drivers from last year all returning to do battle again for the title, and a number of racers who had impressed on track in 2019 keen to try and throw their names into the ring as potential race winners and championship contenders.

Whilst recent weeks have seen some major changes to the grid, there is little doubt that the strength in depth towards the front is such that it remains anyone’s guess as to who will be on top of the pile when the season finally draws to a close in mid-November.

Colin Turkington certainly has no plans to give up his title without a fight, with the West Surrey Racing man chasing what would be a historic fifth title, having moved level on four with Andy Rouse last season.

Should the Northern Irishman achieve the feat this time around, he would become only the fourth driver in the long history of the series to win three titles in a row after Bill McGovern (1970-72), Win Percy (1980-82) and Rouse (1983-85). 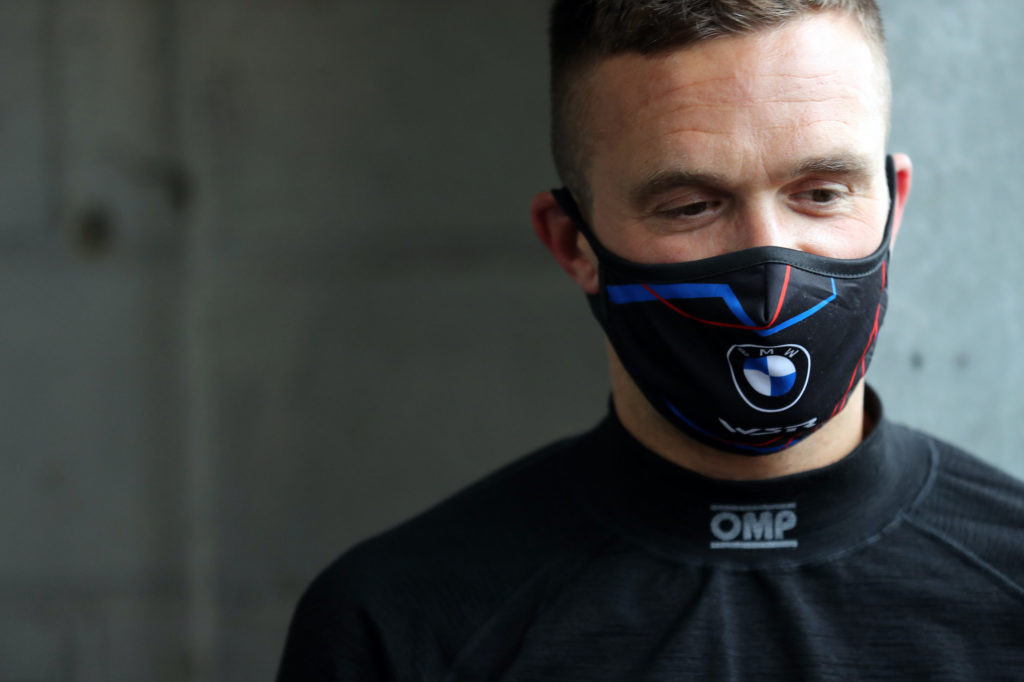 The BMW 330i M Sport was right on the pace from the outset last season and did the double in Turkington’s hands at Donington Park, where the 38-year-old also qualified on pole to lay down a marker in the title race.

Turkington is very much the man to beat this time around, although he will be as disappointed as anyone that the inter-team rivalry with Andrew Jordan that looked set to be one of the most fascinating stories of 2020 has now disappeared after the latter made the difficult decision to withdraw from the series.

That leaves WSR as a two-car team for the first time since 2011, with much expected of Tom Oliphant in his second season with the team. Oliphant secured his maiden podium finish at Donington last season, and will hope to regularly contend for top three finishes and a breakthrough win during the year ahead to aid BMW’s title challenge.

As had been the case last season, one of the main challengers to Turkington’s crown will be Dan Cammish after the Team Dynamics driver came agonisingly close to taking the title in 2019. There is no doubt that the former Porsche Carrera Cup champion has firmly established himself as a top line touring car driver after two seasons in the series, and will be expected to spearhead the Honda challenge with plenty of support from the experienced figure of Matt Neal alongside.

Not only has Cammish proven himself to be quick, he has also proven to be consistent – something which is arguably as important given the topsy-turvy nature of a BTCC season – and the 31-year-old will look to be in the mix for race wins from the outset at the wheel of the FK8 Civic.

The demise of Team BMR’s programme with Subaru and the withdrawal of Power Maxed Racing from the season means just three Manufacturer/Constructor teams remain for 2020 but the third of those – Speedworks – will be hoping to take the challenge to the two touring car powerhouses alongside them.

The Toyota squad has already shown it is more than capable of punching above its weight in recent years having taken Tom Ingram to second in the standings back in 2018 and has been quick over the course of the extended off-season. 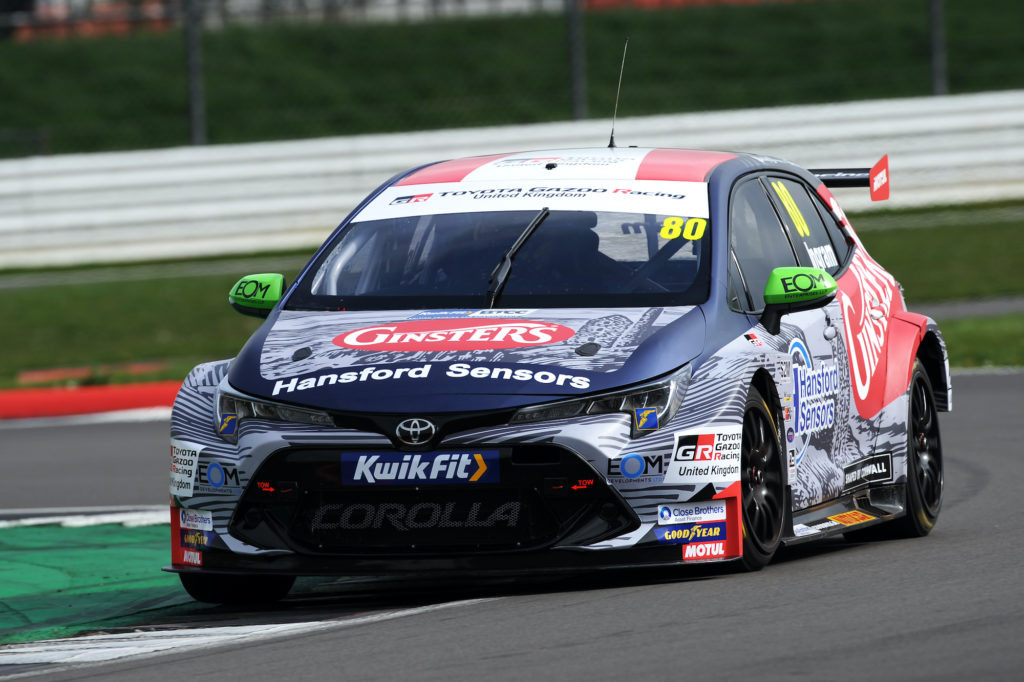 Ingram was fastest during the season launch at Silverstone back in March at the wheel of the ever-improving Corolla, which took its first win at Donington last year.

Both team and driver will readily admit that that win was more down to circumstance that outright performance given it was just the second event for the car and the fact that Ingram benefitted from the reverse grid, but this time around, the Toyota will head to the East Midlands circuit amongst the favourites for success on track.

A title challenge wasn’t the aim last season, but with a year of experience with the Corolla, it is very much the only target for the plucky single car outfit for the truncated campaign that lies ahead.

There are plenty of title contenders amongst the Independent entries as well – with at least four teams having genuine hopes of trying to launch a bid for the overall title.

Chief amongst them will be BTC Racing, which took ‘best of the rest’ honours with Josh Cook last season. Cook was a contender for much of the year before finishing the season in fourth and has fond memories of Donington Park – having taken his maiden win at the circuit back in 2018.

The 29-year-old has finished on the podium in three of the last six races at the East Midlands venue and will hope that greater consistency – and a stronger performance on Saturday – can help him fight for the title during the year ahead. New team-mate Tom Chilton will also hope to challenge after his move to the Bert Taylor-run squad over the winter and has quickly got up to speed in the FK8 Honda, having finished second on the times in the recent test at Snetterton.

The third car in the hands of Michael Crees might be unlikely to contend for the overall title, but will be amongst the favourites for the Jack Sears Trophy, with the likeable 36-year-old having impressed against his more experienced team-mates during the two official tests that have taken place.

The older FK2 Civic Type R could also yet add to its run of championship success in the hands of MB Motorsport, as the newly-renamed squad looks to build on the success it enjoyed last year in lifting the Independents’ titles. 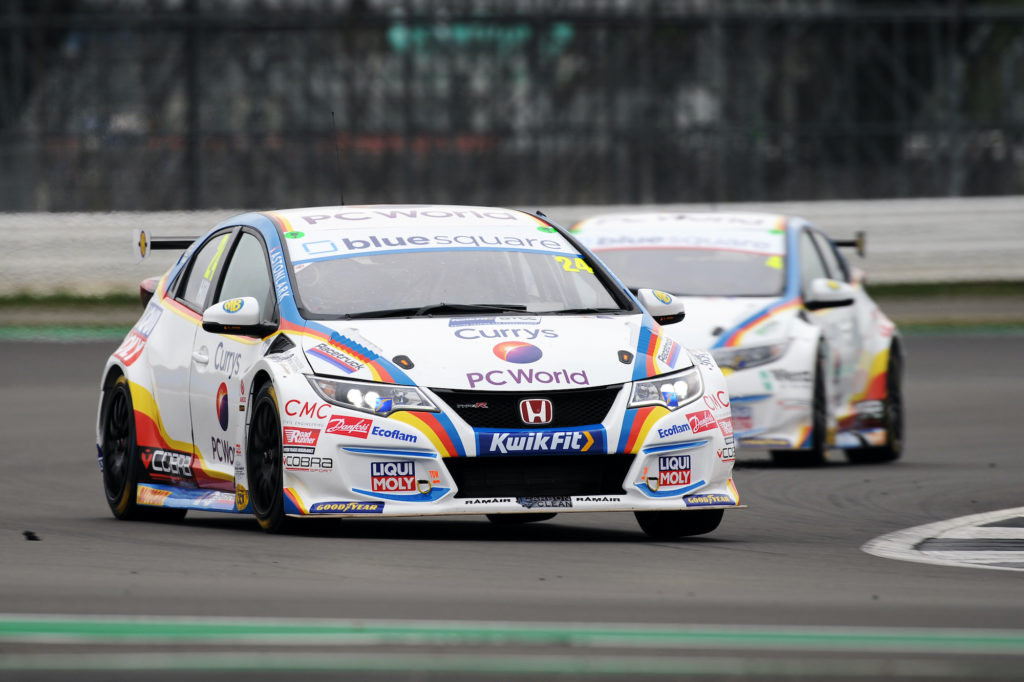 Whilst the loss of Rory Butcher is undoubtedly a blow, his replacement Jake Hill is one of the most highly-rated young drivers on the grid and did his reputation no harm at all in 2019 with his performances on track in Trade Price Cars Racing’s Audi on the other side of the garage.

Hill was only just beaten to top spot during the season launch test by Ingram and was also quick at Snetterton, where he only ran on one of the two days. The FK2 Civic is one of the best cars to have raced in the NGTC-era and is more than capable of upsetting the applecart during the year ahead, with Hill hoping to prove he can be a regular front-runner when the action gets underway.

New team-mate Sam Osborne meanwhile is another second year driver for whom the Jack Sears Trophy is a realistic goal, with his main focus being to show he can be a regular contender for points after learning the ropes last year in the venerable MG6.

Butcher’s move back to Motorbase, the team with which he made his BTCC debut back in 2017, was one that caught many fans by surprise given his success on track last year – where he also secured the Jack Sears Trophy and was in contention for overall honours until the latter stages of the campaign.

The surprise was largely down to the performance on track of the Ford Focus RS last season, but the switch to the fourth generation Focus ST for 2020 looks set to see David Bartrum’s team fighting firmly at the sharp end of the grid from the outset. Having run inside the top four at Silverstone, Butcher then topped the times at Snetterton to lay down a marker going into round one, with the Scot very much open about his hopes of trying to fight for overall honours.

Alongside him in the garage, Ollie Jackson has the pace to regular fight inside the top ten and to push for a podium finish if circumstances allow, whilst the returning Andy Neate in the third car will hope to prove his doubters wrong in what will be his first full season since 2012.

Very much hoping he’ll be able to challenge for a second title is Ash Sutton after his move over to Laser Tools Racing, with the 2017 champion having taken a number of members of his team at BMR along with him to partner Aiden Moffat in an expanded two-car line-up.

The two new build Infiniti Q50s are something of an unknown quantity with the team having only been able to complete limited running over the winter, although Sutton showed strong pace at Snetterton where he was inside the top ten on the overall times and quickest in the two wet sessions on the second day.

Both drivers have however expressed confidence about their chances with the rear-wheel drive machine, and will aim to be regular contenders towards the sharp end of the field. 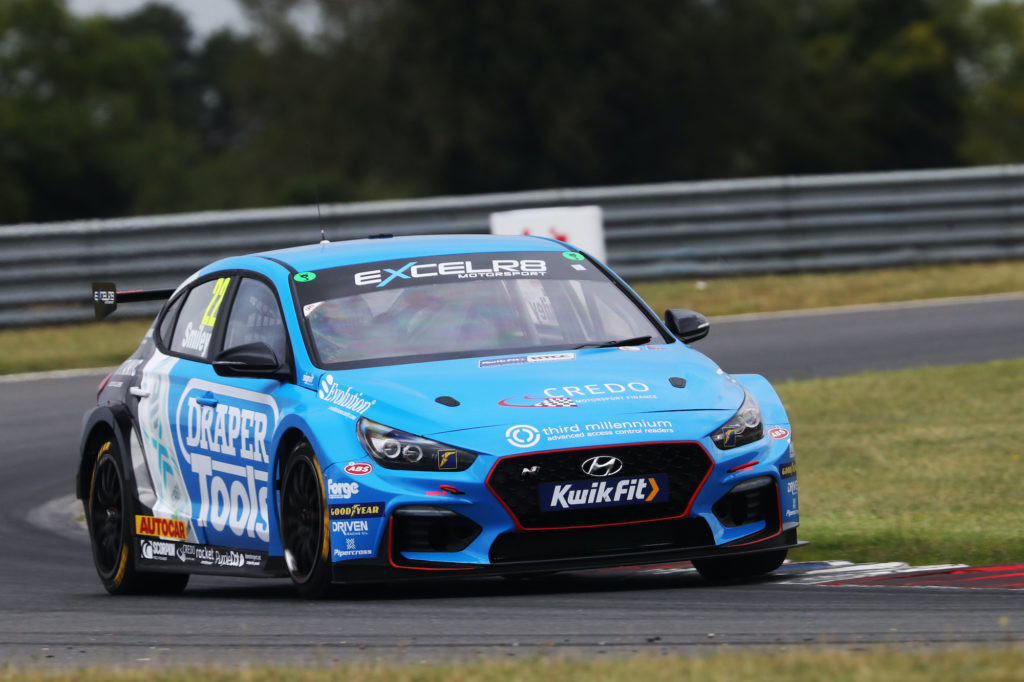 Elsewhere, the new Hyundai i30 N Fastback being entered by EXCELR8 has shown encouraging pace out of the box in testing and in Chris Smiley and Senna Proctor, the team has two drivers who go into 2020 looking to bounce back from mixed seasons last year – with the pair determined to try and help the second year team to fight for silverware for the first time.

Trade Price Cars Racing fields an all-new line-up in its two Audi S3s, with plenty of interest around how former British GT Champion James Gornall will fare on his touring car debut, with team-mate Bobby Thompson hoping that he can consistently fight for top ten finishes having shown flashes of speed in two seasons with Team HARD and its Volkswagen CC.

Ciceley Motorsport started well last year with a podium for Adam Morgan at Brands Hatch, but it would prove to be a tough campaign for the Mercedes squad, which failed to make it onto the top step of the podium all year. There were signs in the second half of 2019 that the team was showing a return to form, whilst both Morgan and Dan Rowbottom lapped inside the top ten during the Snetterton test.

Whilst Morgan will hope to try and at least repeat that this weekend, Rowbottom’s late depature from the programme means a debut for Jack Butel in the second car, with the former GT racer facing a weekend of learning at the wheel of the Mercedes.

Rounding out the field, Team Parker enjoyed its strongest season to date in 2019 and will be looking to once again punch above its weight with the BMW 125i M Sport of Stephen Jelley, whilst Team HARD’s four-car line-up is again spearheaded by Jack Goff – who showed last year that he can fight for wins in the Volkswagen if things fall in his favour.

New team-mates Nicolas Hamilton and Ollie Brown in the other two VWs will have points finishes as their primary focus, whilst Carl Boardley’s return to rear wheel drive in the second 125i M Sport on the grid should allow him to also push for top 15 finishes.