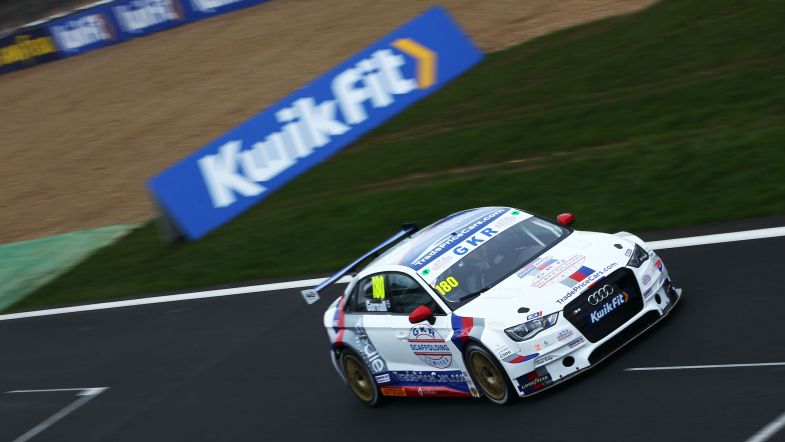 James Gornall says he is keen to make the most of his “strong preparation” for the new BTCC season when he makes his series debut thus weekend at Donington Park.

The former British GT champion looked set to be the lone rookie on the grid this season with Trade Price Cars Racing before the late addition to the grid of Ollie Brown and Jack Butel, with the 36-year-old moving into the BTCC as reigning MINI Challenge UK champion.

Gornall has shown solid pace in testing at the wheel of his new Audi S3 and will hope to challenge for strong results to kick-start his time in the series in the East Midlands.

“I’m really looking forward to Donington Park this weekend and I’m feeling good about getting out on track to race in the BTCC for the first time,” he said. “I feel my preparation has been strong, and I don’t think there will be many drivers out there who have worked as hard as I have done during the off-season.

“Like most drivers, it would have been nice to get some more dry testing as a lot of our running has been when it has been cooler and when the weather hasn’t been so good, but I’m happy with the car and am looking forward to the challenge of going up against the rest of the field.

“For me, qualifying is when we’ll get the chance to see where we stand and we roll out onto the track, I’ll be giving it my all and aiming for P1 – as will every other driver on the grid. I’ll tell you after the weekend if things have gone well, but it’s important to remember that this is a series where consistency is key and we have to make sure we focus on that during the season ahead.”

Team-mate Bobby Thompson will also be making his first appearance in the Audi, and said his focus was on trying to push for the top ten positions.

“It’s great that we are finally able to get the season underway this weekend and I’m feeling confident heading to Donington Park,” he said. “Although I haven’t had that much time in the car during the off-season, the testing that we have done has been really positive and I think we are in a good place.

“Personally, my focus is on trying to bring home some top ten finishes this weekend. We have to try and qualify as high up the order as we can and I feel we’ll have a good race car that will allow us to push for some good points to start the season.”