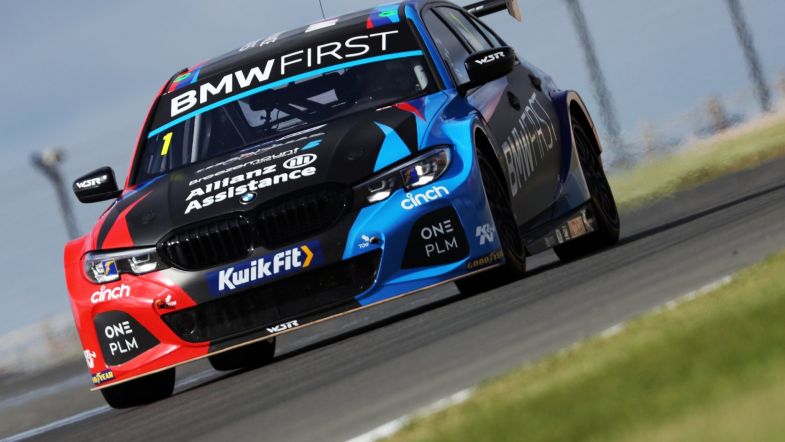 Colin Turkington admitted he was thrilled to secure the first pole of the BTCC season after topping the times in all three Saturday sessions at Donington Park.

Having set the pace in practice at the East Midlands circuit, Turkington smashed the qualifying lap record in his BMW 330i M Sport to secure his place at the head of the grid for the second season in a row – becoming the first driver to post a sub 1m 09s lap in the process.

The defending champion was pushed close by both Dan Cammish and Ash Sutton, with the top three split by less than a tenth of a second, and will now hope to convert pole into three strong results on race day.

“It’s been an excellent start,” he said. “We were quickest in practice and that puts pressure on for qualifying but we worked to improve the car, which we knew we would need to do as others were only going to get quicker. We know there is a point for pole as well, so it’s nice to get that one sorted and in the bag.

“It’s different to be here in August and not April and the grip has been much better which is why the lap times are quicker. As a team, we haven’t really had a break and have worked hard to make the car faster and it’s a good job we did considering the pace of the others today.

“The races will be a different thing and we’ll think hard about what we do with the car but I’m confident for tomorrow.”