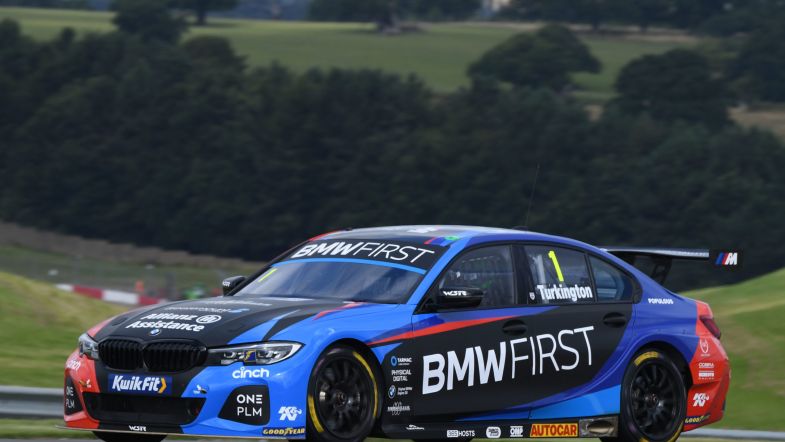 Colin Turkington remained out front in the second free practice session for the British Touring Car Championship at Donington Park.

The Team BMW driver wasn’t able to match the pace he had shown in the opening session of the weekend and was one of only two drivers to dip below the 1:10s mark – with the sister 330i M Sport of Tom Oliphant being the other.

The session would prove to be a disjointed affair with two red flags, the first of which was caused by Jack Goff putting his VW CC off at McLeans; resulting in a stoppage whilst the car was recovered and damage to the tyre barrier repaired.

A second brief stoppage would be called later to allow a tyre stack to be moved.

Turkington’s quick laps came towards the end of the session as he vaulted team-mate Oliphant, with Tom Ingram being best of the rest in the Speedworks Toyota and Ash Sutton continuing his solid start to the weekend with fourth in the Laser Tools Racing Infinit.

Rory Butcher, Chris Smiley and Adam Morgan followed close behind with the trio covered by less than a tenth of a second, with Matt Neal, Senna Proctor and Bobby Thompson rounding out the top ten.