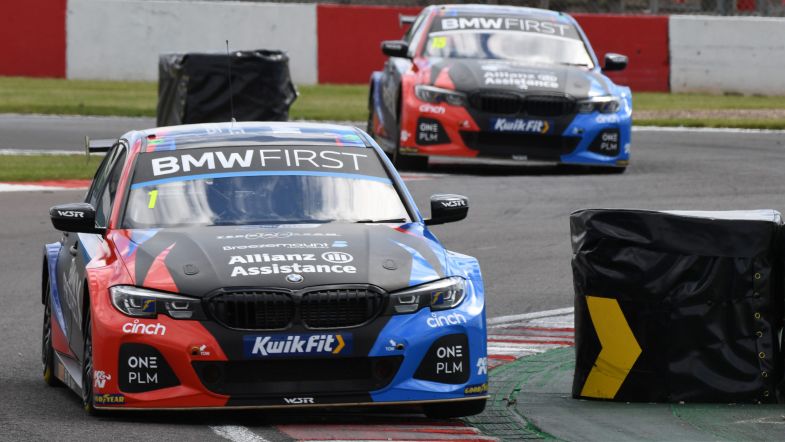 Colin Turkington backed up his pace from practice with a record-breaking pole position for the opening rounds of the BTCC season at Donington Park.

The WSR driver secured top spot on the grid for the second season in a row at the East Midlands circuit with an impressive showing in a session that was halted mid-way through to allow track furniture to be replaced.

The defending champion would come out on top of a huge battle with Dan Cammish and Ash Sutton to snare top spot and was the first – and only – driver to break the 1m 09s marker in the session.

It meant he beat Cammish by just 0.087s, although the latter was lucky to secure second after Dynamics was forced to change the diff on his car at the start of the session.

Sutton’s third was the best result to date for the Infiniti and came after he lost two quick laps earlier in the session, with the top three covered by less than a tenth of a second.

Tom Ingram was fourth for Speedworks as he backed up his solid pace from earlier in the day, with Tom Oliphant in the second BMW and Rory Butcher’s Ford Focus rounding out the top six.

Elsewhere, there was an impressive showing from MB Motorsport’s Sam Osborne as he took a career best twelfth place, which put him just behind the first of the all new Hyundais, with Senna Proctor just missing a debut top ten.

James Gornall was best of the three rookie drivers in 19th spot, whilst Jack Goff qualified 25th after Team HARD managed to get his repaired Volkswagen out for the final ten minutes of the session.

Nic Hamilton however failed to set a time after the bonnet on his car came loose – forcing him back into the pits.