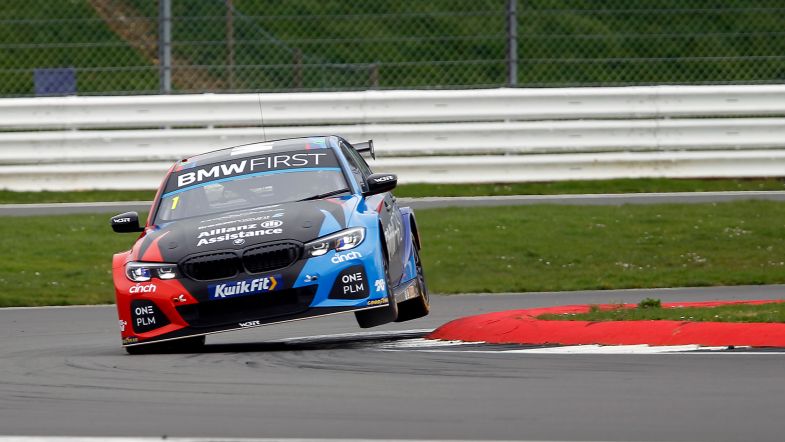 The WSR driver dipped below the existing lap record in his BMW 330i M Sport with a time of 1:09.446 which allowed him to end up a tenth of a second clear of the Honda of Matt Neal.

Ash Sutton enjoyed a solid start to the season in his Laser Tools Racing Infiniti to go third quickest ahead of Tom Ingram, who was quite for much of the session in his Toyota Corolla before vaulting up the order when he started to log timed laps in the second half of the 40 minutes of running.

Chris Smiley’s Hyundai and the BMW of Tom Oliphant completed the top ten – and the drivers to lap within half a second of the benchmark time.

Of the three rookie drivers, James Gornall was quickest in 21st in his Trade Price Cars Racing Audi, with Ollie Brown;s VW and Jack Butel’s Mercedes propping up the times.