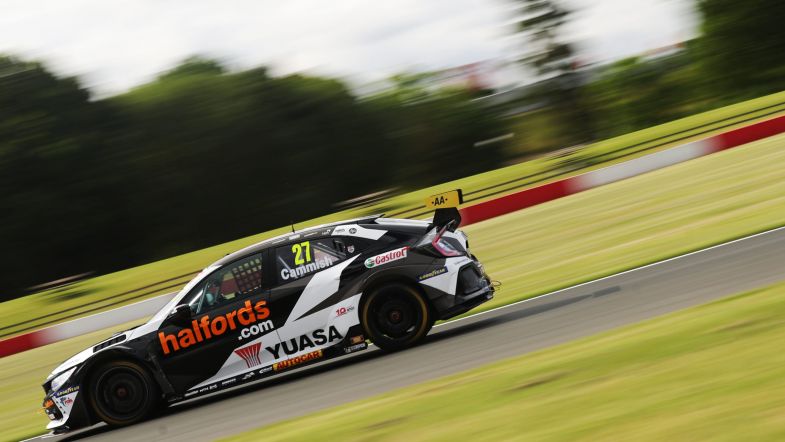 Dan Cammish: “Dynamics showed why they are one of the best”

Dan Cammish was full of praise for Team Dynamics after securing second on the grid for the opening rounds of the new BTCC season at Donington Park.

Cammish had shown solid pace in free practice at the wheel of his Honda Civic Type R but suffered a scare prior to the start of qualifying when an issue with the diff was discovered on his car.

Quick work from the team ensured that Cammish was able to join the session shortly after the start and he would end up less than a tenth of a second behind pole man Colin Turkington on the times.

“Dynamics showed why they are one of the best teams in the paddock as there was an issue with the diff that we discovered about 15 mins before the session started,” he said. “The guys have changed it in under 20 minutes to get me out, which is amazing. They gave me a reliable car and one that was quick after it had been in bits ten minutes before, so we did a great job to just miss out on pole.

“I’m happy with my lap and got everything from it and that pleases me, as it’s been a long off-season and we haven’t done much since lockdown. Testing has been a bit of a washout since we were able to go back out on track but we’ve come out here and shown good speed. Whilst it’s wasn’t pole, it was close.

“I’m in a rear-wheel drive sandwich so don’t be shocked if I’m third at turn one, but I just need to score points as last season I had to chase and play catch up. I want to skip that this time around!”