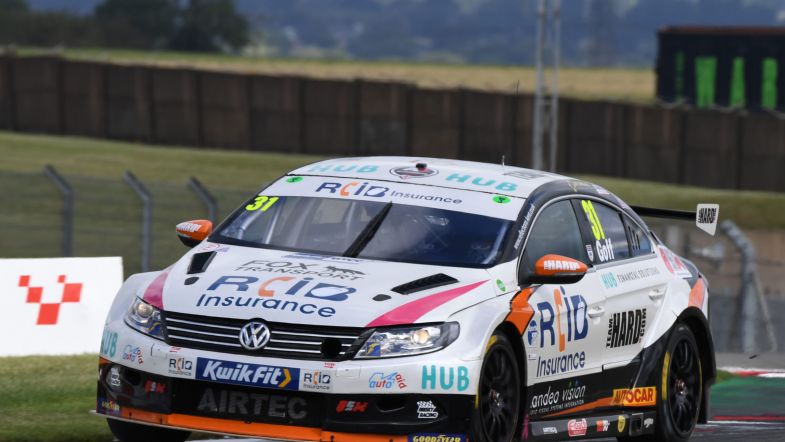 Jack Goff was left to rue brake failure in second practice that has left him on the back foot heading into qualifying for the opening rounds of the BTCC season.

The Team HARD driver had been 14th quickest in the opening session but then went off heavily at McLeans in the early stages of FP2 without setting a time.

The incident left his Volkswagen CC nursing heavy damage that the team has been working to fix ahead of qualifying, with Goff having taken a trip to the medical centre before returning to the paddock to prepare for the session.

“I’m nbattered and bruised but I’ll get some paracetamol in me and solider on,” he said. “I hit the brakes flat out in sixth and it went straight to the floor when I was doing about 130mph. Luckily I got the car turned a bit and was able to take some of the speed off, but I think the impact was about 5G so it will still a big hit. We’ve got some damage to fix and didn’t manage to run everything we wanted to on the car, but there wasn’t really much I could do about it.

“The car had been okay as a baseline in FP1 and we’d made a change we wanted to make that we didn’t get chance to try – so now have to decide how we go for qualifying. We need to see how I feel with my ribs and it’s a step into the unknown. The most important thing is to make sure the car is straight and bolted together, and then we’ll worry about performance after that.”