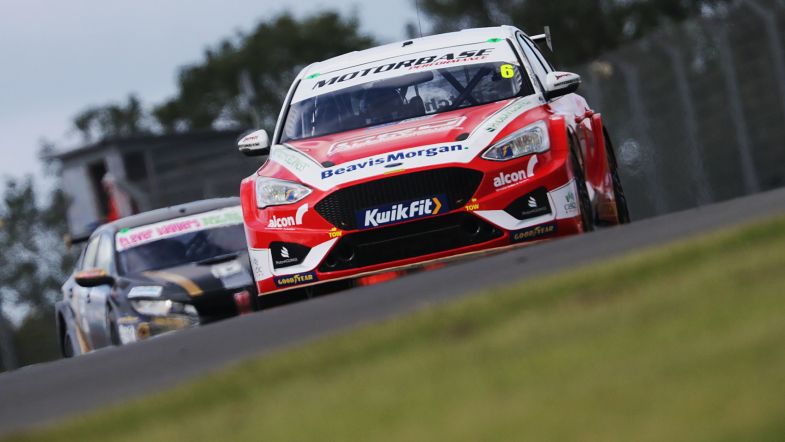 Rory Butcher insists that the new Motorbase Performance Ford Focus will be able to push for a big haul of points when the 2020 BTCC season kicks off after a solid showing in qualifying at Donington Park.

The Scot goes into the weekend being tipped as one to watch in the new Focus ST after showing impressive pace in pre-season testing, including heading the pack at Snetterton during the recent two-day Goodyear tyre test.

The reigning Independents’ champion was one of the early pace-setters in qualifying but then ran off the road going down the Craner Curves on the next lap after going to the top of the times.

With track conditions constantly changing as rain threatened to fall, Butcher was then unable to better his time and will line up P6 for race one; a position from which he hopes to challenge.

“It’s been a good start for the new car but there was more in it and I left a little on the table,” he said. “On my first run I made an error that meant I had to pit early and I think we missed the best of the conditions as a result, and didn’t do it justice.

“With a new car this season, there was some apprehension before we first ran over how it would perform but the moment we hit the track I can see we had a good platform to work from and we have fared well against other teams during testing.

“That bodes well for us now the season is getting underway and we have to keep our head down and push hard to get through these races. I’m sure the car will be strong on Sunday and we have to act smart to come out of this weekend with some good points to take to Brands Hatch.”