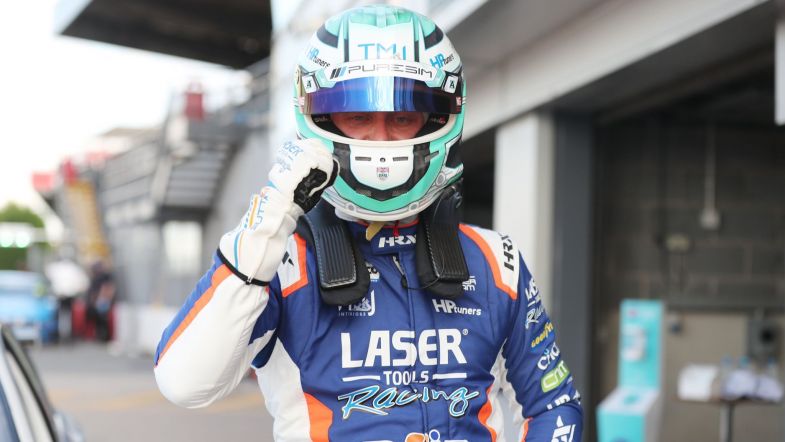 Ash Sutton admitted he was as surprised as anyone with the performance of his Infiniti Q50 after taking the first win for the car in the BTCC season opener at Donington Park.

Despite limited running ahead of the new campaign, Sutton qualified on the second row of the grid at the East Midlands circuit and a quick start when the lights went out saw him jump ahead of Honda’s Dan Cammish on the run to turn one.

Contact with Turkington at Coppice would then see him spin to the back of the pack, although he recovered well to finish 14th and back some points.

Having fought his way to fifth in race two, Sutton then found himself eighth on the grid for the reverse grid final race but surged through to the front to end the weekend with his first win in Laser Tools Racing colours – leaving him third in the early season standings.

“The day didn’t go quite go to plan as we wanted to try and get the win in race one but I’m blown away with how the car has performed out of the box,” he said. “To recover from being dead last after what happened at the start of race one and win in race three is great and we’ve made a strong start to the the season and showed what we can do.

“We were missing that last little bit in qualifying but we really nailed it on race day. We made some changes as the day went on and in race three, it was mega – the best it has been all day.

“Coming into this season, my confidence is high and I’m in a good place mentally, which is important. I feel I’m with the best team on the grid and I’m ready for the challenge.”