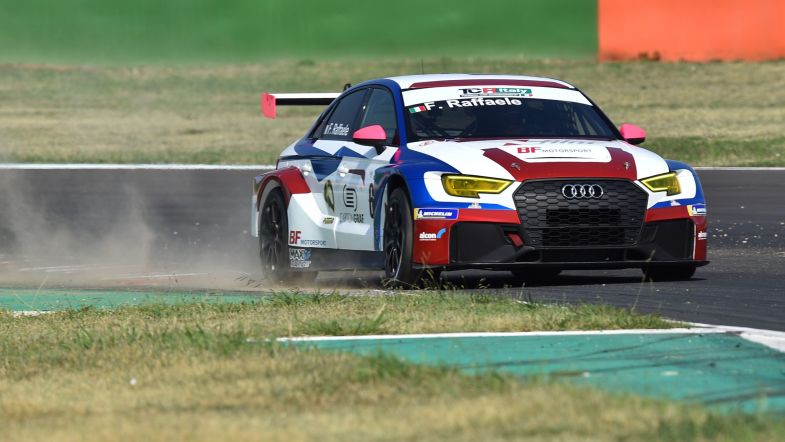 Eric Brigliadori has inherited the victory of the first TCR Italy championship race of the weekend at Misano as Felice Jelmini has been excluded.

The Hyundai driver was excluded in the post-race checks for a yet to be disclosed “technical infringement”.

This is the second race in succession that Jelmini is stripped of a win as the Italian received a 25-second penalty in the second Mugello race two weeks ago.

The exclusion hands victory to BF Motorsport driver Brigliadori who originally crossed the line in second place, 14 seconds behind Jelmini.

Salvatore Tavano is elevated to second place and Marco Pellegrini to third place.