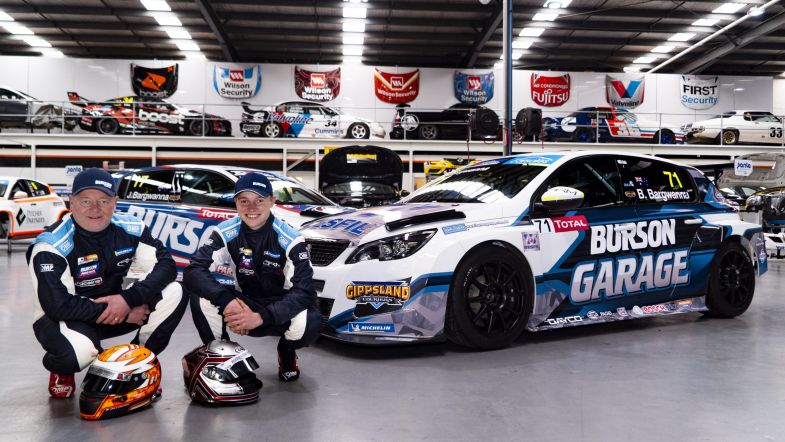 Ben Bargwanna will make the move to TCR Australia for the 2020 season after a deal was agreed to see him join father Jason in a two-car Peugeot team.

The pair had originally been slated to team up for the new endurance event at Bathurst, with Bargwanna Jr due to compete in the Australian Formula Ford Championship this season.

However, with the COVID-19 pandemic leading to the postponement of the Bathurst race – which is instead replaced by a round of the delayed TCR Australia season – and with his Formula Ford plans put on hold, Bargwanna Jr will now drive a second Garry Rogers Motorsport-prepared Peugeot 308 TCR under the Burson Auto Parts Racing banner.

The new season is currently slated to begin in October after various delays to the calendar as Australia continues to deal with the impact of coronavirus.

“It is just awesome to be a part of the Burson Auto Parts Racing Team,” he said. “I am so hungry for this that it hurts and driving the car for the first time in testing was an amazing experience.

“It was a bitter pill to swallow when my Formula Ford Championship plans were disrupted by the pandemic, but I decided to stay focused, positive and to work hard on the things that I could control.

“I have really enjoyed driving for the team in the E-Racing Sim world, I am fit and ready and now can’t wait for the real world racing to start. I make no assumptions of the size of the challenge I am facing with this, but with the support of Garry Rogers Motorsport and Burson Auto Parts, I will work harder than any driver in the field to make the most out of this fantastic opportunity.”

Bargwanna Sr meanwhile was delighted to make the announcement of the first father and son team in the series.

“We had set out at the start of the year with a clear and structured plan with defined goals for both Ben and I, then 2020 slapped us in the face and forced a total rethink,” he said. “Initially Ben and I were going to team up for the Bathurst international in the two driver event but those plans have changed and ours had to as well.

“We have worked closely with Burson Auto Parts and together we have aligned our goals and I am very excited to expand to a two car program for the remainder of 2020.

“Ben now makes the step to TCR and I am so proud of him. From his first Kart race meeting at Gippsland Kart Club, as a 10 year old, when he spent every lap of his first race waving to mum and I as he drove past, to the day the penny dropped and he realised what winning was all about, to watching him drive out of pit lane in the Burson Auto Parts Peugeot at the pre-season test, really was a lump in the throat moment. He has grown into a great young man – he clearly got that from his mother!

“It is surreal to think that together we will head out and tackle the top quality TCR Australia field. I guess the saying about the first person you want to beat is your tea-mmate now takes on a whole new and deeply personal meaning! He is the one driver I would be proud to finish in second place to.”