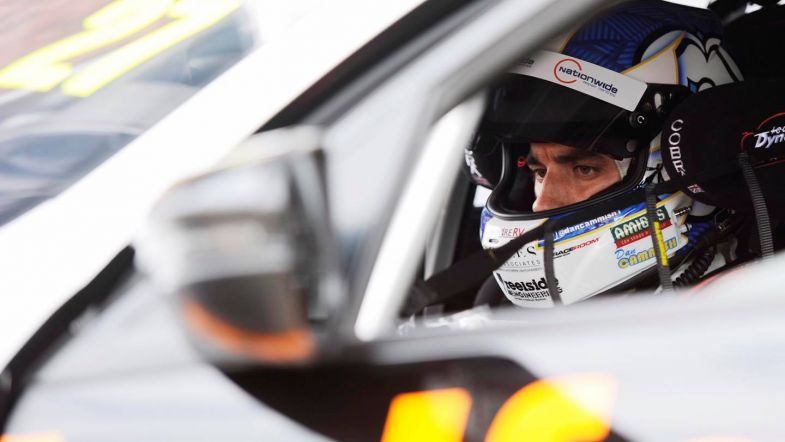 Dan Cammish admits that tyre management will play a key role in the outcome of Sunday’s three BTCC races at Brands Hatch after soaring temperatures during qualifying at the Kent circuit.

On one of the hottest days of the year so far, track temperatures passed 40 degrees during the 30 minute session, where Cammish put his Team Dynamics-run Honda onto the front row of the grid alongside Rory Butcher’s Ford Focus.

The Donington Park race winner will hope to fight for a second win of the season on race day but he was quick to point out the impact that the warm weather could have on tyres when the action gets underway.

“The front-wheel drive cars normally do an out lap and then swap but it’s been so warm today, we could probably have avoided that as so much temperature in the track,” he said. “The track is holding a lot of heat which is great for qualifying, but it means we’ll probably have to be cafeful on race day.

“I’ll be affected by the weight and I think BMW could excel as they deal with weight well and don’t have the same level of tyre wear we do, so there will be some tyre management. However, I know how to run here with weight, and just have to see what we can do.”

Cammish was one of four drivers covered by just 0.055secs in qualifying and he admitted that his result had been down to patience from the Honda team.

“It’s incredibly close out there and the margins are so small,” he said. “The guys have given me a fast car and to get on the front row with 54kg of ballast is good. I think I got 98% out of the car today and there was maybe just a little bit left on the table, that I didn’t quite get. I’ve got to be happy with P2 and it sets us up for a good weekend.