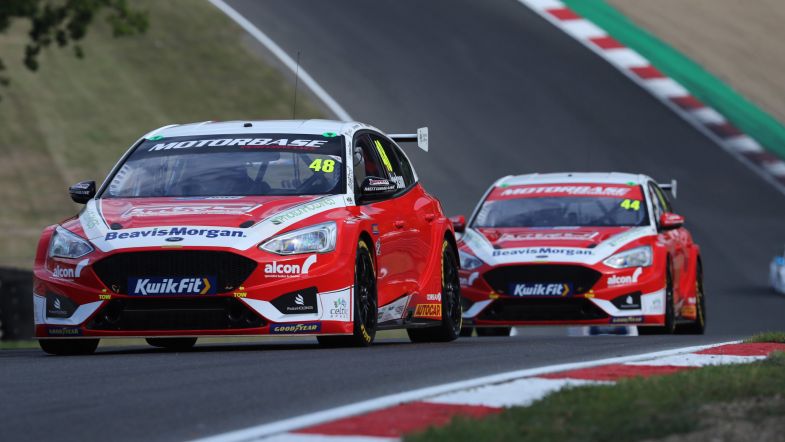 Ollie Jackson “under no pressure” to deliver podium

Ollie Jackson insists that he feels no pressure to secure a podium finish despite an impressive performance on track in qualifying for the second meeting of the BTCC season at Brands Hatch.

The Motorbase driver secured his best result to date in the series with a strong drive to third spot, helping Motorbase to a best ever 1-3 result after team-mate Rory Butcher snared pole.

That leaves Jackson in the ideal place to try and push for a first podium finish since the rain-affected 2018 season opener on the shorter Indy circuit but he insisted he wouldn’t put pressure on himself to try and bring home a top three on race day.

“It’s been a bit of a funny old day, I struggled a little bit in the free practice sessions, struggling to find the balance and wasn’t that happy with the car,” he said. “We’ve just come into qualifying, put a fresh set of slicks on it and it’s just been mega, the team’s done a fantastic job. It’s a great result for the team.

“To get these results this soon with the new car is great and it’s also nice to be part of a historic result for the team. Today has really shown what a step forward the new car is as we had days that felt like this last year but it was only good enough for eighth or ninth when the margins are so tight. The car responds to changes much better than the old one and gives you better feedback; it’s everything you could wish for as a driver.

“I’m not putting pressure on myself going into tomorrow. Of course the grid looks pretty good for us and have a good shot at the top three, but there are only three places on the podium and there were four of us split by nothing on the times. If the car gives us this result in the second round, there will be plenty of chances to fight for the podium as the season goes on if we don’t get it here.”