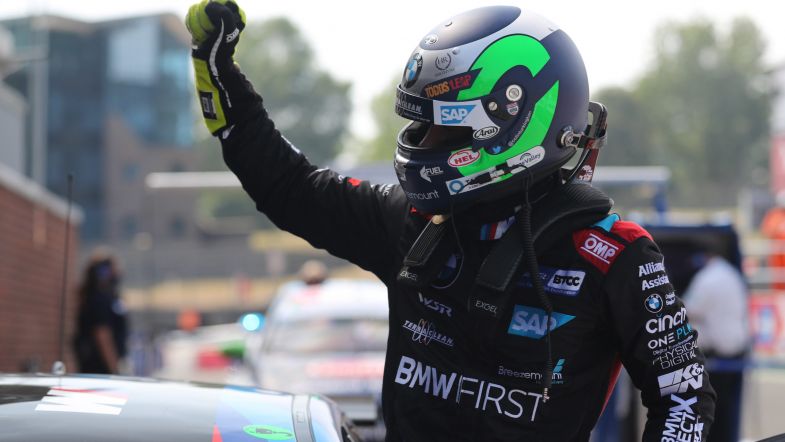 Colin Turkington: “It’s great to have points in the bank”

Colin Turkington admitted he was delighted after a strong weekend at Brands Hatch allowed the defending champion to extend his lead in the BTCC standings.

Turkington had hit top spot during the opening weekend of the campaign at Donington Park, meaning he carried maximum ballast into the Brands Hatch meeting.

Despite that, the Northern Irishman qualified well inside the top six, and was able to pick up a strong second place finish in race one.

Turkington duly converted that into victory in race two and then bagged fifth in race three to leave him 16 points clear of Ash Sutton in the standings.

“This has been another excellent weekend for me personally, but also for the team with Tom [Oliphant] getting a win too,” he said. “I thought Donington would be a highlight with two podiums and a P10, but we scored more points here which I didn’t expect. It’s been a great start to the season, and to have these points banked already is great.

“The BMW loves the heat so we had to make hay whilst the sun shines here – quite literally. We have to score strong when it is like this as the season in long and racing in November when it is much colder won’t play to our strength quite as much.

“It’s important to get points when we can and the team is doing a great job to give me a car that is competitive and that is at the front. We should be strong when we now go to Oulton Park and Knockhill, but there is a long way still to go.”