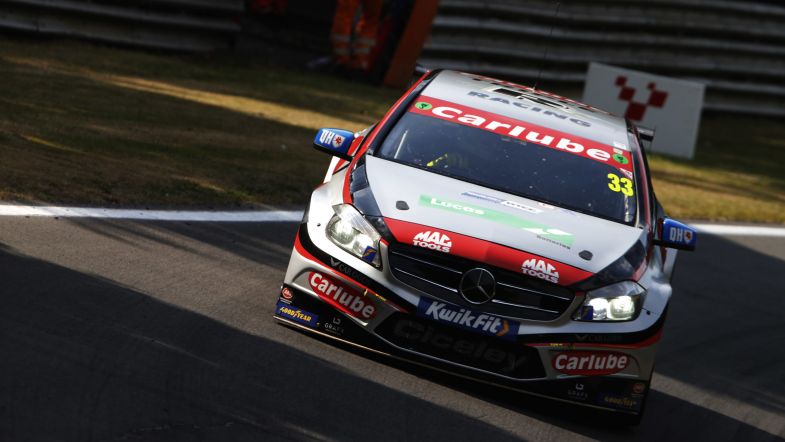 The Ciceley Motorsport man struggled to get a clear lap in qualifying which resulted in him only managing to put his Mercedes A Class in 13th place for the opening race of the weekend.

Having gone on conservative with set-up for race one, where he took eleventh place, the team made a number of changes ahead of race two, with the ballast-free Mercedes battling through to a solid sixth place.

However, hopes of a strong end of the weekend would end on the opening lap when contact in the pack on the exit of Druids saw Morgan forced off onto the grass, with the resultant damage forcing him into retirement.

“We’d done some more set-up changes [ahead of race three] and the car felt really good, but I was in the wrong place at the wrong time,” he said. “Cars had collided ahead of me and then came across the road. The steering was damaged, my brakes were going, the car was overheating and I decided it was better to park the car than risk anything worse happening. I’m really disappointed.

“The positives are that the pace was good in race two, the car felt good and with [engineer] Steve Farrell on board, we have really good processes to work through and a sound methodology to understand what we want and how to achieve it.

“I just need a bit more qualifying pace which gets you out of the mid-grid danger zone in race one, and that is just a tenth of a second which can make all the difference.”