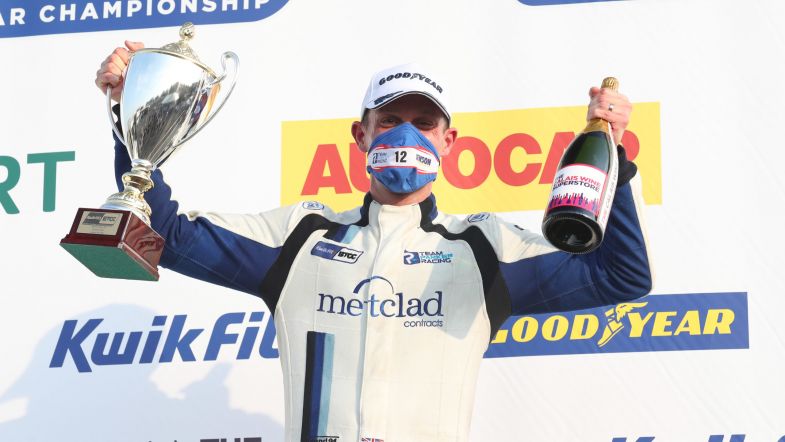 Stephen Jelley declared himself pleased with another strong weekend for Team Parker at Brands Hatch after picking up his first podium finish of the season.

Jelley headed into the weekend chasing silverware on the back of a solid season opener at Donington Park a week earlier but was left with some work to do on race day when he qualified down in twelfth place for the opening race.

However, he would race to ninth in his BMW 125i M Sport in the first two races of the weekend and was then able to make the most of the reverse grid draw in race three to bring home a third place finish and his first silverware of the campaign.

It means he sits seventh in the standings with two rounds of the campaign gone, with the next two meetings at Oulton Park and Knockhill set to favour his rear-wheel drive car.

“It’s been really good,” he said. “I thought we should have done a little bit better in qualifying but it’s very competitive and some of the front wheel drive guys can take more of a risk and use the scenery to get the lap time.

“In race trim two ninth places were good and then we built on that with the reverse grid to take our first podium of the year. I’m really happy that we were able to hang on because this is not a natural circuit for our car, especially out the back on the Grand Prix loop. Another podium and another pot for the shelf!”