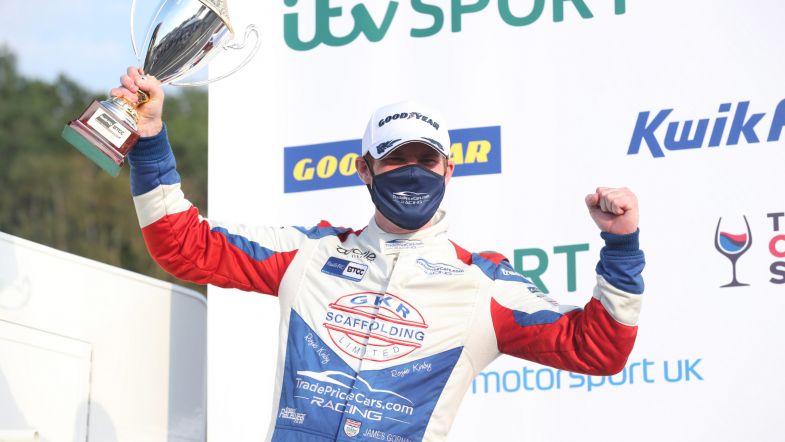 James Gornall insisted that Brands Hatch has provided a chance to “realise his potential” after scoring his first points in the BTCC – and securing the Jack Sears Trophy for the weekend.

The former British GT champion had missed out on points at Donington Park after an engine failure on his Trade Price Cars Racing-run Audi S3 in the opening race of the weekend – an issue which then forced him to miss the second race entirely.

Having qualified in 20th sport on the famous Brands GP layout, Gornall fought his way up to 13th place in race one to score his first points and then followed it up with a solid tenth place in race two.

Drawn in third place on the grid for race three, Gornall fought hard to retain a place inside the top ten despite not having the outright pace in his car to fight for the podium spots and wrapped up the weekend with seventh place.

It meant he left Brands Hatch as the highest scoring Jack Sears Trophy driver to make up ground in the early title race.

“This weekend feels like it should have felt at Donington Park before the engine issues we had, so it’s nice to have come into round two and realised our potential,” he said. “Racing the Audi here has been totally different to anything I’ve done before and I had to learn as I went on. Qualifying was a bit disappointing but I knew we had good race pace doing into Sunday.

“At Donington, Shaun Hollamby told me that I should treat Sunday like one 60 minute race that is split into three parts – and you focus on moving forwards across the three. That is the approach I took and in in races one and two, I think I did well to get into a position where we could benefit from the reverse grid for race three.

“We just didn’t have the outright speed to match the front-runners and towards the end, the front tyres had gone and I lost a few spots. But my focus was on scoring some good points this weekend and that is what we achieved.”