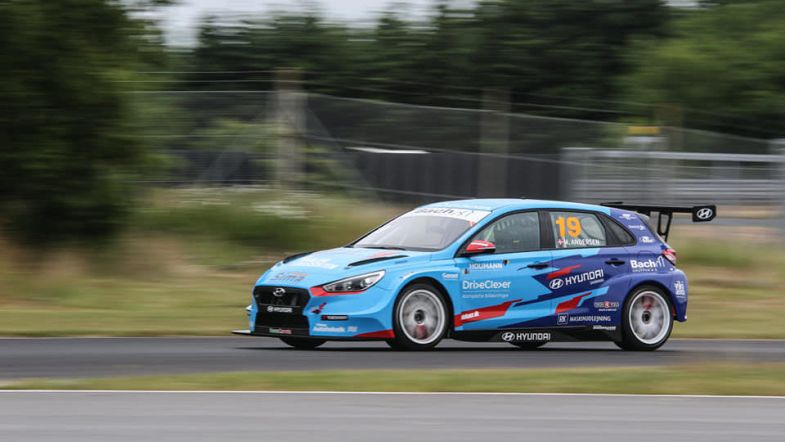 Martin Andersen topped the two-day TCR Denmark series test at Jyllandsringen, lapping the Danish circuit in 1:19.063 behind the wheel of his Hyundai i30 N TCR.

Andersen set his lap time during the second day while points leader Kasper H. Jensen topped the first day with the time 1:09.575.

Volkswagen driver Nicolai Sylvest, who is placed second in the standings, was second fastest during the second test day, half a second behind, with LM Racing team-mate Jan Magnussen in third.

Jensen lapped slower during the second day and recorded the sixth fastest time ahead of TPR Motorsport driver Casper Elgaard.

Michael Markussen was fastest of the Peugeot 308TCR drivers in eighth position, just over one second from the top time.

The TCR Denmark series resume on September 5-6 at Jyllandsringen.