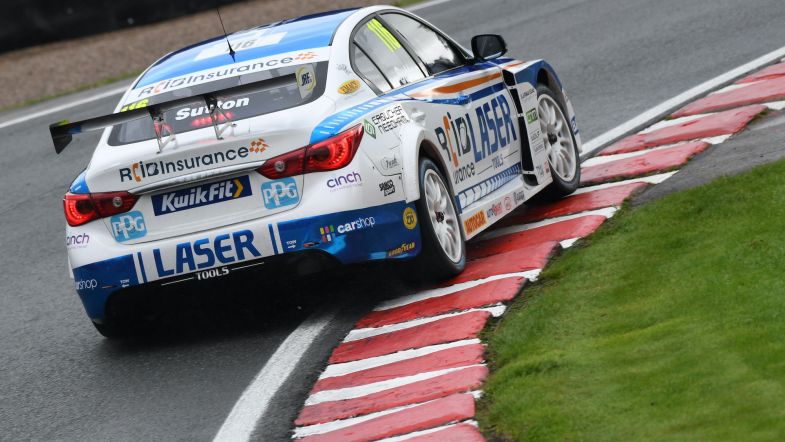 Ash Sutton will hope to fight his way forwards on race day at Oulton Park after qualifying outside the top ten for the second BTCC meeting in succession.

Sutton headed to Oulton Park sitting second in the standings to Colin Turkington, and hopeful of a strong showing on track at a venue where rear-wheel drive cars have gone well in the past.

The Laser Tools Racing man lost valuable track time in FP2 with a moment at Lodge that saw the session briefly red-flagged and then qualified in eleventh spot despite being black flagged late on for track limits.

Had Sutton been able to hook up his perfect lap, the Infiniti could have been up on the front two rows of the grid but the former champion said he was hopeful of battling back on Sunday to keep the pressure on in the title race.

“I was hoping for the top ten and lap time wise we should have been up in P5,” he said. “However, we had a few little issues and also had to deal with people getting in the way a bit, which can happen round here.

“However, the car seems to be strong in race trim – we just couldn’t match the manufacturer guys today. We don’t know what the weather will do but tomorrow is another day and we’ll fight to push forwards.”