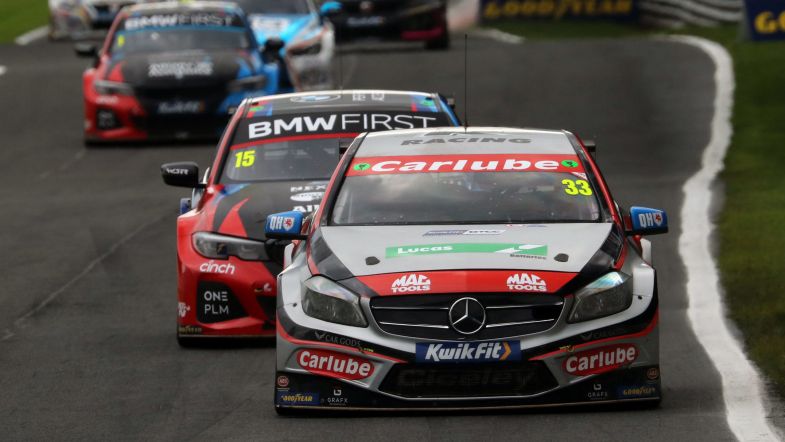 Adam Morgan admitted he was thrilled to end a BTCC win drought dating back to Rockingham 2018 after securing victory in the final race of the weekend at Oulton Park.

The Ciceley Motorsport driver headed into his home event having enjoyed a solid start to the 2020 campaign, with five points finishes from the first six races in his Mercedes Benz A Class.

Morgan put the car ninth on the grid for the opening race of the weekend and battled to seventh in tricky wet conditions before taking ninth in race two.

That left him on the front row for race three and having jumped ahead of Bobby Thompson at the start, he would lead the way despite pressure from WSR pair Tom Oliphant and Colin Turkington behind.

A late crash involving Ollie Brown, Nicolas Hamilton and Stephen Jelley resulted in the race being brought to an early end and allowed Morgan to wrap up his eighth career win; leading to emotional scenes afterwards when he was interviewed live on ITV4.

“I just cried on TV which was a bit embarassing but for us to get this win as a small team at our local track is just brilliant,” he said. “A huge thanks to everyone involved in our programme as we’ve had a solid day, even in the wet, and I couldn’t be happier to bag a win.

“It’s tricky round here to overtake but when Colin was behind in that final race, I realised that Tom had let him through. Colin is obviously thinking about the championship, but he is a very safe driver who you can trust, and I knew he wouldn’t do anything reckless unless he knew a move was on.